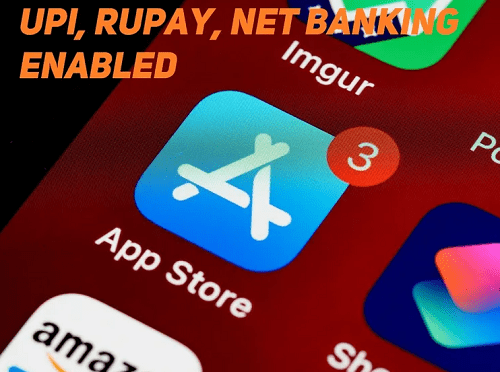 Apple has finally started accepting payments via UPI, net banking, and RuPay cards on the App Store and iTunes in India. Earlier, the Apple App Store was only allowed payments in the country via debit cards and credit cards.

However, now the users can use their Unified Payments Interface ID, RuPay cards, and net banking to buy apps and games on the App Store. In addition, you can also manage your subscriptions to iCloud, Apple Music, Apple TV+, and Apple Arcade services with the new payment methods.

You can simply add the new domestic payments method to your Apple ID on your Apple products by following the steps mentioned below. First, you will need to open the Settings app on your iPhone or iPad.

Then click on your Apple ID and go to the Payments & Shipping option. You may be required to sign in again to your Apple ID in this section. Then simply click on Add Payment Method and select your preferred payment method.

The list will show you various payment methods including UPI, RuPay and Net Banking, and then you can fill in the details by tapping on any of these options.

Apart from directly making payments for games, apps, music and more from UPI, RuPay, and Net Banking methods, you can also use the same ways to add funds to your Apple account. This will allow you to directly make the payments for games and apps etc. on the App Store and iTunes. There are a number of UPI apps supported by the App Store, including Google Pay, PhonePe, and PayTM etc.

RuPay was launched in 2012, while the UPI payments option went live in 2016

For the uninitiated, the RuPay payments method was introduced in India way back in 2012 to facilitate real-time e-payments from all Indian banks and financial institutions.

As for the highly popular instant payments network UPI was launched in the country in 2016, which gave rise to digital wallets like PayTM and PhonePe.

It’s worth mentioning that the Google Play store of the popular Android mobile platform was already allowing payments for apps, games, music, movies and more via UPI, RuPay, and Net Banking in the country for a very long time.