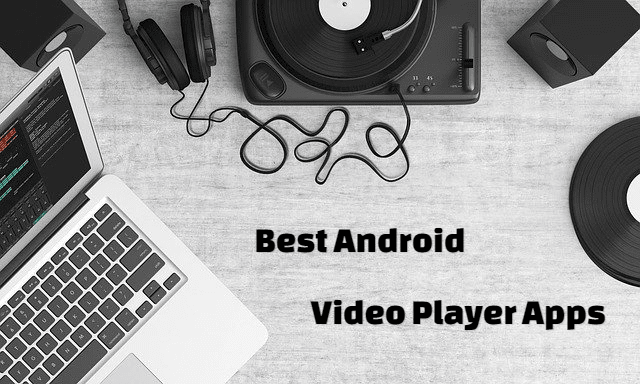 Video streaming has taken over in a big way.

A lot of people have Netflix, Hulu, VRV, and even YouTube subscriptions as their primary video streaming services.

However, there are still plenty of us out there with video files on our phones. Viewing videos isn’t nearly as difficult as it used to be.

Gone are the days when we had to convert a video to a low-quality file format to view it on our mobile. Well, you can still do that but nowadays, video players take advantage of powerful hardware in our smartphones and can play almost all video file formats.

Most video player apps can play the most popular video codecs without issues. That is, unless you use some weird codec.

Even if you do, you still have plenty of options to view it. Let’s check out the best video player apps for Android!

Although there is a default video player on all Android devices, third-party apps from the Google Play Store provide a richer viewing experience. So, here I have curated some Android video player apps that you might want to give a try.

VLC is an open-source, cross-platform video player tool that handles both video and audio files in several formats.

The video player window is well designed and capable of playing videos with full screen, with gesture-based controls to increase and decrease the volume and brightness settings.

It has support for multi-track audio, subtitles and also comes with a built-in five-band equalizer. VLC is a whole package and meant for everyone.

If you are looking for the best video player for Android without ads, then VLC should be your first choice.

MX Player has a neat and easy to use interface. It supports almost all the video and audio file formats.

MX Player is known to be one of the first Android video players which supports multi-core decoding.

Moreover, MX Player packs a lot of features, including subtitle support, scroll forward/backward, zoom in/out to change text size, gesture controls like easily zoom in and out by pinching and swiping across the screen.

It also features an on-screen kid lock. The app is available for free with ads. It also comes with additional plugins for extra functionalities.

Recently, MX Player has also forayed into streaming business with its own original content and from other labels as well. That’s why it’s still at the top in our list of top video players in 2022.

KMPlayer is another impressive Android video player that supports a wide range of file formats and codecs.

It has a library viewer that autodetects files and also has cloud storage support. You can view content stored on your Google drive.

KMPlayer features a new function called KMP Connect. It is a service that allows you to view movies on your PC from your cell phone. Overall, the app is easy to use and free with no in-app purchases. However, it displays ads.

Xtreme is another one of the best video player for Android that supports tons of video formats. It is also great music player as well.

Other than that, there is multi-track support, subtitle gestures, background video playback, audio boost up to 200% and several other features one would expect from a best Android video player.

The easy-to-use interface is another good thing about the Xtreme media player. There are theme options as well.

One issue that I faced while testing is that the Android app was not able to read my media files. I had to manually play files from the directory.

BSPlayer has been around for a longer than most video player apps and has continued to be one of the best in all that time.

On top of that, there is subtitle support, the ability to play files from compressed formats, and you can even have a pop-up window if you want to.
The free version is ad-supported, but has all of the features. There are also additional plugins for even better support. The full version runs for $5.99.

Kodi is another open-source option if you are in search of the best media player for Android.

If you don’t know anything about brilliant software, here is an essential guide on how to use Kodi.

In a nutshell, you can stream movies, watch TV shows, live channels, play games and do a lot more apart from just playing offline content.

However, for that, you will need to install Kodi Add-ons (here are some of the best ones.)

Another best thing about Kodi is that it is available on nearly all major platforms, so you can stream your content from anywhere.

Archos is one of the more popular video player apps on Android.

It supports most video file types, including MKV, MP4, AVI, WMV, FLV, etc along with various subtitle file types like SRT, SUB, ASS (yes, for real), SMI, and others.

Of course, there are other features as well, like server and NAS support, external USB storage support, and more. The app also includes a relatively modern interface, simple controls, and information from sites like IMDb, themoviedb.org, and others.

In practice, we didn’t find any real issues with it, although some Google Play reviewers have. In any case, it’s a solid option with a cheap pro version.

Well, Vidmate can do a lot of stuff, right from downloading videos to making memes, getting you latest apps and games and encrypting files out of sight.

But the video player is what stands out to me. Unfortunately, it is a bit neglected by users, which makes this app sort of a hidden gem.

Vidmate lets you control parameters of your video just like MX Player, only it is a little more sensitive so you don’t have to keep scrolling the screen and you’ll probably be done in a single swipe.

But the high sensitivity isn’t necessarily a good thing.

A common problem reported by users is that they routinely scroll too forward ahead with the swipe and they have to tap the screen repeatedly to reach back to the point they left off.

Apart from that, the video player can help you make funny memes and share them with friends, as well as do a bunch of other cool stuff.

Video Player All Formats is a basic video player app.

It’s also a bit of a diamond in the rough. It boasts support for most video codecs.

Some of the other features include Chromecast support, a night mode, a privacy folder, and variable speed playback controls.

It seems to tick all the right boxes during our testing. Additionally, it boasts no banner ads although there are some in other spots.

You can unlock the ad-free version for $3.99. It’s definitely one of the weaker picks on our top ten, but it’s still good enough to be here.

FX Player can play high definition videos, including 1080p and 4K video formats without a glitch.

It features an amazing pop-up playback feature using which you can watch videos on a floating screen while you can simultaneously use other apps.

You can even resize the video playing screen and access video playback controls while on the floating window.

It supports all popular video/audio formats and codecs along with support for External Codec Pack, which can be applied using Settings.

FX player is one of the best free video players for Android, however it does comes with ads.

AllCast is a video player that specializes in sending your locally stored content to your Chromecast, Roku, Apple TV, Xbox 360/One, and other DLNA compliant devices.

Along with videos, it also supports other types of media.

It has a bit of a rough start, but has quickly become one of the most stable casting apps out there.

The free version has a five minute limit for content while the pro version has no limitations. You can also turn your Android device into an AllCast receiver (capable of being casted to) with the AllCast Receiver app.

CnX Player is working on a feature that will allow user to download, upload & play videos from wifi network connected devices to iPhone/iPad, Android and Windows devices.

This will allow users to enjoy watching video on iPhone/iPad, Android and Windows devices from wifi connected devices.

Audio booster feature will allow you to boost volume to 3x. With this awesome feature get a theatre like effects sitting at home.

This will also allow to access all the video content available on all devices within the same network and play on your device.

Protect videos with password. Want to skip or hide some section of a video for kids, save the skip sections and let the kids enjoy video without even knowing what has been skipped.

If VLC Media Player felt a little too vanilla to you, maybe LISTENit will have the spice you need.

Coming from the makers of SHAREit, a pretty amazing music app that shares files between devices over a proxy WiFi network, LISTENit includes a pretty sweet equalizer with more tweak options than VLC.

You have a ringtone cutter that helps you pick out bits and pieces from songs to set as your ringtone.

The interface is a lot edgier and interesting as well.

And you can tell your app to stop playing after a set time, which helps save battery for people who like to go off to sleep with their favorite music playing.

If you have a lot of videos on your Android device and limited storage, Plex is a pretty good video player app to use.

You can set up a server on your computer, and use Plex to stream content to your mobile device, thus turning your device into a streaming powerhouse. The app also sorts your media files into a library so that you can stream into your smart TV or mobile device.

Plex is free to set up and use, but you can upgrade to the Plex Pass subscription and access features like wireless syncing, media control dashboard, trailers, and user controls.

Did you find this list of the best Android video player apps of 2022 to be helpful? Share your reviews in the comments section below.