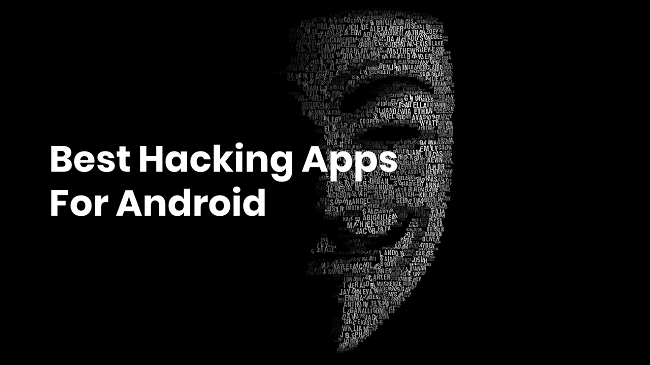 Android has an app for everything.

It’s world’s most popular operating system, and its userbase consists of many ethical hacking enthusiasts. This has also inspired different developers to create useful ethical hacking apps for Android.

If you are a network administrator, professional pen tester, or someone who is aspiring to be a white hat hacker, you should learn basic and comprehensive scanning/testing on Android devices to gather information and find vulnerabilities.

In this list of best hacking apps, you will find multiple hacking tools that can be used to spot local hosts and weak signals along with their exploits. You can easily crack WiFi passwords, install a backdoor, snip traffic, and map networks.

All these hacks can help ethical hackers or IT specialists to scan their domains or networks for malicious vulnerabilities.

It’s world’s most popular operating system, and its userbase consists of many ethical hacking enthusiasts. This has also inspired different developers to create useful ethical hacking apps for Android.

Hackode is one of the top hacking apps for android developed especially for penetration testers, IT administrators, ethical hackers, and cybersecurity professionals.

It offers information-gathering tools and Google hacking tools that can be used to find vulnerable sites. It offers scanning tools like Ping, Mx Record, etc. for targets shows the latest security feeds

This is one of the good hacking apps which excels in collecting data. It allows searching for information on IPs and domain names and includes technical information such as DNS used for services, contact information, and status info such as server site and site status.

It supports Wireless 802.11 frame injection, HID keyboard, 1-click MANA Evil Access Point setups, BadUSB MITM attacks, etc. Coming from one of the most trusted names in the ethical hacking field, feel free to try this out and explore.

Fing is a Play Store app that gives you a complete summary of what’s going on in your Wi-Fi network, all the logged-on devices, hidden cameras in the building, bandwidth usage, and more.

With the bird’s eye view, you can set parental controls, block intruders, analyze ISP performance, and do port scanning on your network for a complete picture.

Apart from penetration testing on Android phones, Fing is a useful app to have to analyze the vulnerability of your routers. Some of the advanced features are available in the premium version, but the free version covers everything you need for a secure, stable network.

DroidSheep is a network sniffer for WiFi networks. You open up the app and it starts sniffing activity on the network.

You can intercept all kinds of Internet activity, including social media activity, web browsing, and other stuff. The UI is a little basic and a bit difficult to read if you’re not used to this sort of thing.

However, it did work in our testing and showed me all of the active sessions on my WiFi network.

If you’re looking for the best hacking apps to become a peek-a-boo for your kids. Here’s a fantastic phone monitoring app that helps you access all the details of the kid’s smartphone without letting them know.

This app is the best app that prevents your child from cyber attacks, online dangers, and unwanted exposure. This app is available for iOS and Android which comes up with calls, SMS, GPS tracking, and 25 more features.

PortDroid is a complete network analysis kit which contains many advanced functions to give you a complete penetration testing environment.

From ping to port scanning, DNS lookup, and reverse IP lookup, the app works smoothly to keep you aware of everything going on in your network.

Most of these features are supported in the free version but the Pro version gets you dark mode and a few more advanced features.

FaceNiff allows you to intercept and sniff your WiFi network traffic using a rooted smartphone; it’s is widely used to snoop into people’s Facebook, Twitter, and other social media websites using your Android device.

This hacker-favorite tool steals cookies from the Wi-Fi network and gives the attacker unauthorized access to the victim’s account. However, we recommend using it only for ethical purposes and proceeding only after taking permission from the target device owner.

FaceNiff is developed by Bartosz Ponurkiewicz — the same developer who wrote Firesheep for Firefox hacking on the desktop.

Please note that you need a rooted smartphone to run this application. Its free version is limited to be used for only 3 profiles; for more, you can buy the pro version.

Sometimes as cyber security professionals, we need a means to visualize threats with real-time threat notifications.

Darktrace is a leading app that uses AI algorithms, machine learning and other intuitive methods to automatically detect threats in physical, cloud, and virtualized networks – all from the comfort of your Android phone.

To use this app, you need to purchase access to Darktrace Enterprise immune System V3 and an IMAP email server.

Whether it is unusual connectivity or unusual data transfers, Darktrace keeps track of visualizing all threats in your surroundings.

Ethical hackers can use this hacking tool for Android to generate hashes for the analyzed device, intercept incoming/outgoing network data on the infected device, read files and write operations, and leak information via the network file.

Network Mapper is a powerful tool that makes use of the widely-used Nmap scanner in the background to map and scan the connected networks.

Once you install the Network Mapper app from Play Store, it will automatically download and install the required Nmap binaries from the Internet and provide you with an easy-to-use GUI to perform scans.

Using Network Mapper, you can do a comprehensive scan on the network to identify live hosts and gather a range of information, like open ports, network attributes, OS information, etc.

The kind of tests performed vary from regular ones to ping, intense, slow, quick, and more.

One of the most popular network scanning apps for desktops can also be used on the Android operating system. Nmap works on both non-rooted and rooted phones.

If you are a beginner Android hacker, this hacking app is a must-have.

If you want the pre-compiled binaries, you can grab them from GitHub and follow simple installation instructions.

Do you want to know how secure your Internet network is against sniffing attacks? WPS Wi-Fi Checker Pro is an app which uses WPS protocol to analyze the safety of your router pins. As soon as you install the app, it quickly populates your screen with nearby LAN networks.

You can choose any one of them to analyze the strength of their PIN. If the PIN is correct, the Android device will automatically connect to the vulnerable network without the penetration tester needing to know the Wi-Fi password key.

Essentially, you get to eavesdrop on web activity on your network, making it a great tool for finding security vulnerabilities.

While it’s technically not feasible to do such brute testing on most routers, there are some that ship with factory settings, and the app can easily connect to them.

Sniffer Wicap 2 Pro is a network packet catcher and, to be honest, one of the few good modern ones on the Play Store. It has the capacity to sniff both WiFi and LTE networks and the UI is surprisingly clean for the amount of information it pulls down.

It has some limitations, but it doesn’t require root access so anyone can use it. There is a free trial available and we highly recommend trying it out to make sure it works with your use case because the pro version is rather expensive.

AndroRAT, an abbreviation of Android and RAT (Remote Access Tool), is one of the top hacking apps for android that allows hackers to remotely control almost everything on an infected device including access to contacts, call logs, and location by GPS/Network.

Most Important Features of AndroRat App:

Wi-Fi Kill is a great hacking tool for rooted Android devices. Using this tool, one can disable a device’s internet connection if it’s connected to your network.

In reality, it blocks the packet data going to the device. Thanks to its simple interface, any novice user can use this Android hacking app.

zANTI is one of the most popular Android hacking apps to identify and simulate real-world exploits and mobile attack techniques.

With a single tap, zANTI can gather a boatload of information about any connected network or device. The gathered information can be used to determin whether the device or network is susceptible to any known vulnerabilities and perform MITM (Man in the Middle) attacks.

If needed, you can configure zANTI to send email reports of all the devices and data it collects at regular intervals.

Though you can install zANTI on non-rooted devices, you need to have a rooted device to make use of all the power and features provided by the zANTI Android app.

As you can tell from the name itself, tPacketCapture is a simple app to capture packets and data transferred over your network.

Since tPacketCapture works by creating its own local VPN, it works equally on both rooted and non-rooted devices.

The good thing about the tPacketCapture app is that it stores all the captured data in a PCAP file so that you can use powerful desktop tools like Wireshark for detailed analysis.

Also known as the best spying app, Aispyer is quite popular amongst those who want to track messages and calls of their kids or partner.

Aispyer has an extremely easy-to-use interface and the hacking app for Android offers several features such as tracking outgoing and incoming calls with timestamp and duration, spying on social media accounts, tracking web history, and media gallery.

Aispyer, with its exceptionally interesting monitoring tools, is one of the best Android hacking apps you can install. Below is the APK link to download the hacking app.

Kayra-the Pentester Lite is a free and open-source Play Store app that comes with several built-in Metasploit frameworks to check the vulnerability of your website by scanning for a broad range of threat.

Since the app comes bundled with the Metasploit framework, you can find security vulnerabilities for the network or connected devices, create shell consoles, and adjust exploit settings for better control.

Your Android device does not need to be rooted to work with Kayra the Pentester.

cSploit is one of the more powerful hacking apps for Android.

It’s a network tool that can do a bunch of stuff. It includes Metasploit framework out of the box and can do things like man-in-the-middle attacks, forge TCP and UDP packets, and other such things.

It’s mostly useful for checking out security vulnerabilities on networks. The app is quite powerful but also comes with some drawbacks. You need a rooted device to use this app.

Shark for Root is an advanced tool for security experts and hackers. This tool works as a traffic snipper and works on Wi-Fi, 3G, and FroYo tethered mode.

One can also use the tcpdump command for this free hacking app for rooted Android devices. Just like FaceNiff, this tool also only works on rooted devices.

That’s pretty much it! So, there are Best Hacking Apps For Android.

If you have any other favorite Hacking Apps For Android then don’t forget to share them with us in the comment below. Also, if you liked this article, Share on your favorite Social media platform.