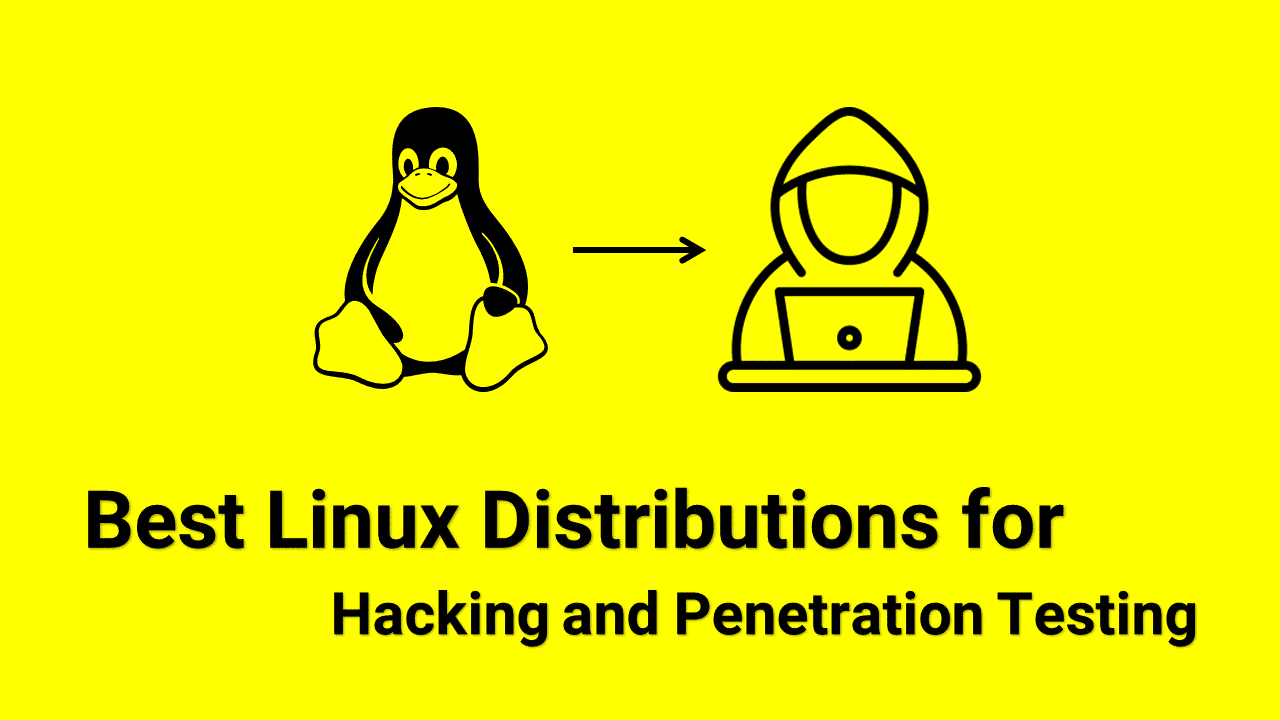 Whether you want to pursue a career in information security, or already working as a security professional, or are just interested in the field, a decent Linux distro that suits your purposes is a must.

Linux users have a plethora of free operating systems when it comes to penetration testing and digital forensics.

The world of ethical hacking has continued to evolve, which is probably one of the reasons why many people find themselves being attracted to these auditing fields. A security-focused operating system is a hacker’s best companion as it helps them to discover the weaknesses in computer systems or computer networks.

To serve this purpose, several Linux distros and software are available for forensic investigation, ethical hacking, and penetration testing. So, we’ve compiled a list of the 14 Best Linux Distributions for Hacking and Penetration Testing.

This guide will focus on the key features that make them ideal for Hacking and Penetration Testing.

Kali Linux derives its root from Debian and is one of the most popular and advanced penetration testing Linux distributions.

The operating system is available in 32-bit and 64-bit. Users who want to try the OS can download ISO files and virtual images for Kali Linux. Kali is an open-source operating system maintained by Offensive Security.

The OS offers over 350 tools in the following categories:

DEFT Linux, short for Digital Evidence & Forensics Toolkit, is a distribution made for computer forensics, with the purpose of running a live system without corrupting or tampering with the PC and its usual boot drives.

DEFT is the counterpart to DART (Digital Advanced Response Toolkit), a forensics system for Windows.

It uses the LXDE desktop environment and WINE for running Windows tools.

Parrot OS is a Linux distribution based on Debian with a focus on security. One of the main advantages of Parrot OS compared to Kali Linux is that Parrot OS is lightweight.

This means that it requires much less disk space and processing power to run effectively.

This bootable live CD was created to give you a right to use the best open source network security applications for pen testing purposes.

The Gentoo Linux-based Pentoo is a distro focused on security and penetration testing.

It’s available as a LiveCD with persistence support which means that all changes conducted while live will remain and become available on the next boot up so long as you’re using a USB stick. Pentoo is a carbon copy of Gentoo except with a large assortment of customized tools with a focus toward security and penetration testing.

Anyone familiar with the workings and interface of Gentoo will easily adapt to the Pentoo work environment. It’s also available as an overlay to anyone who already uses Gentoo as their preferred Linux distro for hacking.

Despite its dark theme, it continues to be a lightweight and user-friendly distro for security professionals. Its true simplicity comes to the fore, as you can open any app with a single key. Additionally, Demon Linux consists of a simple dock design that works effortlessly.

Users can record their desktop and take screenshots easily from the quick access menu bar.

BlackArch is a penetration testing and security research distro built on top of Arch Linux.

BlackArch has its own repository containing thousands of tools organized in various groups. And the list is growing over time. If you are already an Arch Linux user, you can set up the BlackArch tools collection on top of it.

BackBox is more than an operating system, it is a Free Open Source Community Project with the aim of promoting the culture of security in IT environment.

BackBox is a Ubuntu-based distro developed for the purposes of penetration testing and security assessment. It’s one of the best distros in its field.

It is all built with exclusively Free Open Source Software, demonstrating the potential and power of the Community.

It has its own software repository that provides the latest stable versions of various system & network analysis toolkits as well as the most popular ethical hacking tools.

It’s designed with minimalism in mind and uses the XFCE desktop environment.

Samurai Web Testing Framework is essentially a live Linux environment that comes pre-configured to work as a web penetration testing platform. Another aspect of this distro is that it comes as a virtual machine, supported by Virtualbox and VMware.

Samurai Web Testing Framework is based on Ubuntu and contains the best free and open-source tools that focus on testing and web vulnerabilities.

It is often known as the best operating system for Web Penetration Testing. It also includes a pre-configured wiki set up to store information during your penetration tests.

Bugtraq is a Linux distro with a huge range of penetration, forensic and laboratory tools. It comes with multiple desktop environments (XFCE, GNOME, and KDE) based on different Linux distros like Ubuntu, Debian, and OpenSUSE.

It is also available in 11 different languages.

Bugtraq comes packed with a huge arsenal of penetration testing, forensic, and laboratory tools specifically designed by its loyal community.

Cyborg Hawk is an Ubuntu-based distro that is home to more than 750 open-source tools.

If you are an Ubuntu aficionado, this OS is going to please you to bits. Cyborg Hawk ranks quite high on the list of network security and assessment operating systems.

Rest assured, you can even perform accurate mobile security and wireless infrastructure testing within this OS. On the contrary, it might not be as good as Kali; nevertheless, it does its job rather well.

ArchStrike includes thousands of tools and applications, all categorized into modular package groups.

Security focused distro “Caine” is an Ubuntu-based operating system that is available as a live disk.

CAINE stands for Computer Aided Investigation Environment. This Linux distro comes with a wide range of tools to help you in computer forensics. Caine comes with various numbers of database, memory, forensics, and network analysis applications.

It is a renowned and popular Linux distro that offers a user-friendly graphical menu and interface. CAINE’s graphical interface offers a complete forensic environment, which you can integrate with the existing software tools.

If you are looking for a meaningful well-structured report to help you with a better investigation and foster communication with your team, CAINE should be your first choice. Some common forensic tools within this OS include Autopsy, The Sleuth Kit, Wireshark, PhotoRec, fsstat, RegRipper, and tinfoleak.

Fedora Security Spin is a variation of Fedora designed for security auditing and testing, which can also be used for teaching purposes. The purpose of this distro is to support students and teachers while they practice or learn security methodologies: information security, web application security, forensics analysis and so on.

That’s pretty much it! So, there are Best Linux Distributions for Hacking and Penetration Testing.

If you have any other favorite Best Linux Distributions for Hacking and Penetration Testing then don’t forget to share them with us in the comment below. Also, if you liked this article, Share on your favorite Social media platform.