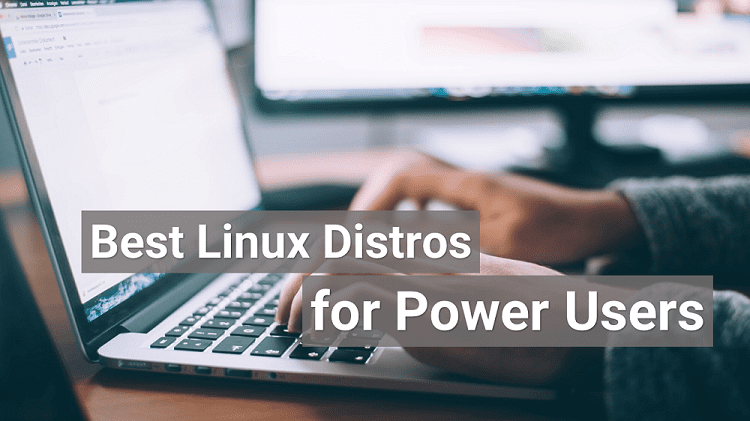 There are hundreds of Linux distributions and more come out every year. Some are for general purpose usage, while some are specifically personalized for education, hacking, robotics, gaming etc.. While most Linux distributions are similar to each other, a few distributions come with a unique user interface (UI) and distinct functionalities.

These distributions provide more features than their Debian, Redhat or Arch-based rivals, but only a power user should use them because of the steep learning curve that accompanies them. Linux gives users the freedom to setup their computer almost any way they want. They are generally more secure and lighter than their Windows and OS X counterparts.

The Linux power user is a celebrated breed, and one that does not simply burst fully-formed from the earth. All newbies must toil long and hard with their Linux installations before they can describe themselves as one. Most advanced Linux distributions give Power Users the opportunity to dig deep into their computer to find out exactly what’s happening underneath the hood, and they provide a great way to learn a lot more about how computers work.

Clear Linux is not for a general-purpose user first of all. Intel developed the distro for professionals who specialize in IT, Artificial Intelligence, and DevOps.

Clear Linux is highly optimized for Intel platforms, which gives it extra speed and performance. There is nothing typical about the package management system as such. Clear Linux uses swupd, but the installation process is entirely different from other package managers.

This distro zeroes in all the files at an individual level; this way, it generates a new version of the OS for every software tweak made on the system. The latest update in Clear Linux brings in the fanalyzer as the new security pass on the platform.

This pass performs an exploration of paths throughout the code in the hope of detecting various common errors. A few out-of-the-box features and an entirely different UI make Clear Linux an excellent choice for power users.

NixOS is the result of a research paper and is a meta distro pretty much like Arch and Gentoo that you build from ground zero as per your requirements. You might mistake it for a normal distro since it is available as a Live image.

This file is then read by the distro’s Nix package management system, which then proceeds to setup your installation based on the contents of the configuration file.

One of the best features of the distro are atomic updates, which also allows you to boot into different versions of the distro depending on the config you wish to run. Sure, the process of getting up and running with NixOS is neither straightforward nor intuitive.

But on the other hand it gives you a system that’s quick off the blocks, and performs admirably well even on machines with few resources.

Portage keeps a collection of build scripts for the packages and it automatically builds a custom version of package based on end user’s preference and optimized for end user’s hardware. This ‘build’ stuff is why there are many jokes and meme in Linux-verse about compiling everything in Gentoo.

Kali Linux is a very specialized Linux distribution. The sole intention for using Kali Linux is “Offensive Security”. This is the tool that both good and bad guys use to break into and exploit other peoples restricted areas.

The good guys use this tool to make their own systems and their clients systems more secure, while the bad guys do bad things that we won’t talk about.

Kali provides hundreds of tools out of the box for the security professional – Metasploit, SqlNinja, and WireShark to name a few. This linux distribution is NOT for general purpose use, and users will most likely use Kali only when doing penetration testing related activities, and then switch to something else for watching cat videos.

If you want to become a successful security professional, or learn how hacktivist groups like “Anonymous” and “Ghost Security” use their hacking skills to fight terrorism online.

Then you could greatly benefit from learning about “Social Engineering”, using Kali Linux, and learning a programming language like Python or C.

As the name suggests, Linux From Scratch lets you build a personalized version of Linux “from scratch”.

Starting from the installation process, you have to use low-level commands for every single action. Linux From Scratch is quite different from any other Linux distribution, and it comes equipped with a pre-compiled set of code.

This OS takes you through the steps of building your OS, as you go about incorporating elements as per your need. This OS continues to be a great way to learn the core functionality of the Linux system, and it is undoubtedly not for faint-hearted users.

Void Linux is the brainchild of a BSD developer that delivers features that’ll resonate with power users.

While most distros use the systemd init system, Void uses the runit init system that is speedier and easier to manage. The other unique aspect about the distro is its use of LibreSSL, which was forked from OpenSSL by the OpenBSD project.

The most visible component Void is its home-grown package manager called X Binary Package System or xbps. It’s a full-fledged CLI package manager that does everything you’d expect from its more popular peers like apt and dnf.

One of its most interesting aspects is its ability to recognize incompatible shared libraries as you use it to install, update or remove packages. Void is comparatively easier to get started with as it provides a Live installable environment with different desktop environments.

However, the distro doesn’t offer the same number of packages in its repositories as you’d get from other distros like Arch.

But that was back in the mid-90s and it is safe to assume that those newbies have turned into veteran with their neck beard touching the ground. Originally, Slackware was based on Softlanding Linux System (SLS), one of the earliest Linux distributions in 1992.

Arch Linux is known for being one of the more “Bleeding edge” linux distributions, meaning it gives users access to software that is still in development, beta, or for some reason has not been released yet on other systems.

If you like being the first to have access to technology and are willing to potentially encounter and fix bugs, then you will probably love Arch. Arch Linux is also one of the few “Rolling Release” Systems in use.

This setup is awesome because there is no such thing as an “Arch XP”, or “Arch 8”. Arch gets updated on a day by day basis and the user is always running the latest and greatest packages.

Don’t just think you can pop in an Arch disk and be ready to go. Arch starts as bare bones and forces you to install everything manually.

You are greeted with the command line, and will pretty much have to do the entire installation inside your terminal.

Give Arch Linux a try and you will soon be the owner of a secure, lightweight and ultra customizable computer, making this one of the greatest linux distributions.

That’s pretty much it! So, there are Best Linux Distros for Power Users.

If you have any other favorite Best Linux Distros for Power Users then don’t forget to share them with us in the comment below. Also, if you liked this article, Share on your favorite Social media platform.