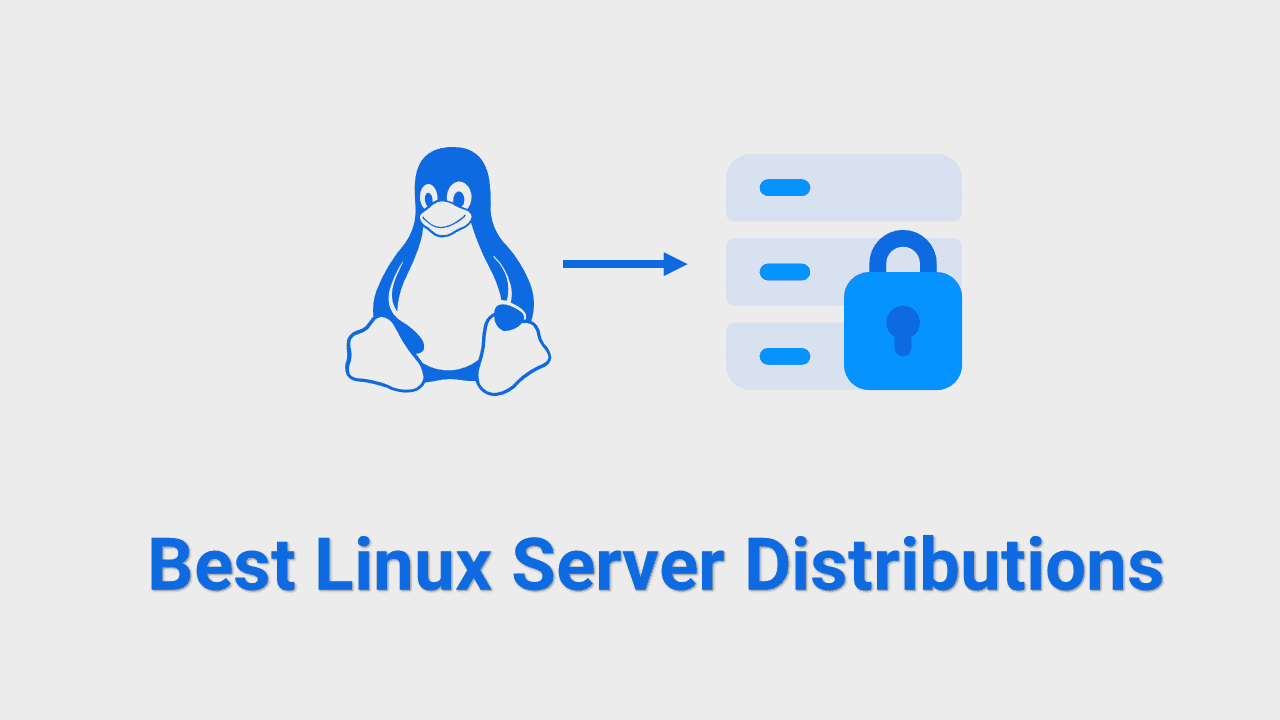 The sheer amount of features provided by Linux-based distros make them suitable for web, file, and DNS servers alongside enterprise infrastructures. Majority of developers and tech specialists prefer Linux because of its security, stability, and flexibility of customization.

Linux is free, lightweight and open-source operating system, this has emanated into the low total cost of ownership of a Linux system, compared to other operating systems. Linux commanding the stats when it comes to powering servers, mainframe computers as well as supercomputers in data centers around the world.

But which Linux server distro should be used? In most situations the choice will mostly be an issue of personal preference. However, to help our readers choose the best Linux server distributions, we’re outlining the top 13 options available to you.

CentOS is an enterprise-grade Linux distribution developed and maintained by the open-source community.

Based on Red Hat Enterprise Linux, CentOS offers what RHEL has to offer without any cost. You can use CentOS for powering business servers as well as desktops and workstations. One key benefit of CentOS is that package updates are much more infrequent. This makes it easy to maintain coherent servers and reduces bugs related to software updates.

The strong security implementations of CentOS also make it hard to break in. However, due to a recent policy shift by Red Hat, support for CentOS may end sooner than expected. Consider switching to CentOS Stream if this worries you.

ClearOS is an open-source Linux distribution derived from RHEL/CentOS, built by ClearFoundation and marketed by ClearCenter.

It is a commercial distribution intended for small and medium enterprises as a network gateway and network server, with an easy-to-use web-based administration interface. It is a smart, full-featured server software which is highly flexible and customizable.

You receive premium support at an affordable cost and get additional software from the application marketplace.

It does not have auto-dependency resolution as well. These characteristics make it extremely lightweight and stable, enabling it to run on even a decade-old system.

The administration and configuration of Slackware are handled mainly by simple text files and shell scripts. Although this distribution is extremely lightweight, it still comes with a lot of powerful development tools.

Fedora is a community developed distro that serves as the testbed for the commercial Red Hat Enterprise Linux (RHEL) distro.

Fedora Server is a special implementation of the OS that’s tailored to help you deploy and manage a server installation either on bare metal or on the cloud. To that end, the distro produces installation images for 64-bit machines and for ARM servers, as well as a range of images for various cloud environments including Openstack, Vagrant, the Amazon Public Cloud, and more.

The highlight of the distro is that it groups certain packages as modules, which are available in streams that you can run across different versions for a consistent environment.

Ubuntu’s server counterpart offers a competitive feature set that makes it suitable for a range of tasks.

You can use it for spinning up web servers or file servers as well as for powering cloud services. The highly scalable nature of Ubuntu Server also makes it an excellent choice for emerging businesses. As of this writing, the latest version is 21.04, which will be supported till January 2022.

The current long-term support version for this Linux server distribution is 20.04 LTS.

You can also choose from several subscription plans if you need managed services or extended support.

Mageia (a fork of Mandriva) is a free, stable, secure Linux operating system that is developed by a community.

It provides an enormous repository of software including integrated system configuration tools. Importantly, it was the first Linux distribution to replace Oracle’s MySQL with MariaDB. In case you need any support, you can contact the Mageia community which is made up of users, makers, and advocates.

Next up, we have Oracle Linux, which is an open-source Linux distribution compiled from RHEL source code.

This distribution is packaged and distributed by Oracle and is compatible with RHEL’s application library.

It offers powerful tools which make it suitable for memory management and file organization. It can be used for virtual environments and data systems. This distribution is entirely free. However, Oracle does offer paid premium support.

It is a competitor of RHEL and is best for small to large-scale enterprises.

Debian is over 20-years-old and in part owes that longevity to the emphasis placed on producing a stable operating system.

This is crucial if you want to set up a server as updates can sometimes clash badly with existing software. There are three branches of Debian, named ‘Unstable’, ‘Testing’, and ‘Stable’. To become part of the Stable current release, packages must have been reviewed for several months as part of the Testing release.

This results in a much more reliable system – but don’t expect Debian to incorporate much ‘bleeding edge’ software as a result. Debian is available in several variants. You can install Debian over the Internet using the minimal Network Boot Image, which you can use to build your server from the grounds-up.

There’s also a Cloud Image that you can deploy on any of the supported cloud providers including Amazon EC2, Azure, OpenStack, and others.

Fedora CoreOS is a specialized distribution built for running containerized applications at ease.

There are three different release streams for this server distro, stable being the safest for enterprise use.

It is flexible and stable; provides the latest stable versions of most software by following a rolling-release pattern and uses both official package and community-supported package repositories. Arch Linux is a general-purpose distribution that is optimized for the i686 and x86-64 architectures.

However, because of decreasing popularity among the developers and other community members, support for i686 has now been dropped. It has a formal bug tracking facility and you can get supports from a thriving community and other online resources.

Red Hat Enterprise Linux(RHEL), is an open-source Linux distribution developed by Red Hat, Inc. based on Fedora and does not offer the cutting-edge software that Fedora provides. But it does offer more stability and an LTS version with a 10-year lifespan. RHEL was made for commercial purposes and provided enterprise-level support.

OpenSUSE is one of the most underrated server distros. Besides the regular release called Leap, OpenSUSE also produces a rolling release version named Tumbleweed. Thanks to its stability, many users prefer running servers atop OpenSUSE Leap.

The distro is available as a minimal network image that fetches packages from the Internet, as well as a heavier DVD image, which includes all the packages. The distro doesn’t produce a separate image for server installation.

Instead its installer offers the option to install a server. Furthermore, you can also easily setup your OpenSUSE server with a read-only root partition and transactional updates by choosing the Transactional Server option.

The highlights of the distro are the YaST Control Center and the Zypper package manager, which will help you with the administration and management of your installation.

The distro is also well documented, with adequate avenues of support.

SUSE Linux Enterprise Server (SLES) is a robust server operating system focusing on stability and ease of use.

All components of this server distro are tested rigorously before their inclusion. This results in a secure and homogeneous system suitable for powering the technologies of the future. The current LTS releases offer life-cycle support for up to thirteen years.

That’s pretty much it! So, there are Best Linux Server Distributions.

If you have any other favorite Best Linux Server Distributions then don’t forget to share them with us in the comment below. Also, if you liked this article, Share on your favorite Social media platform.