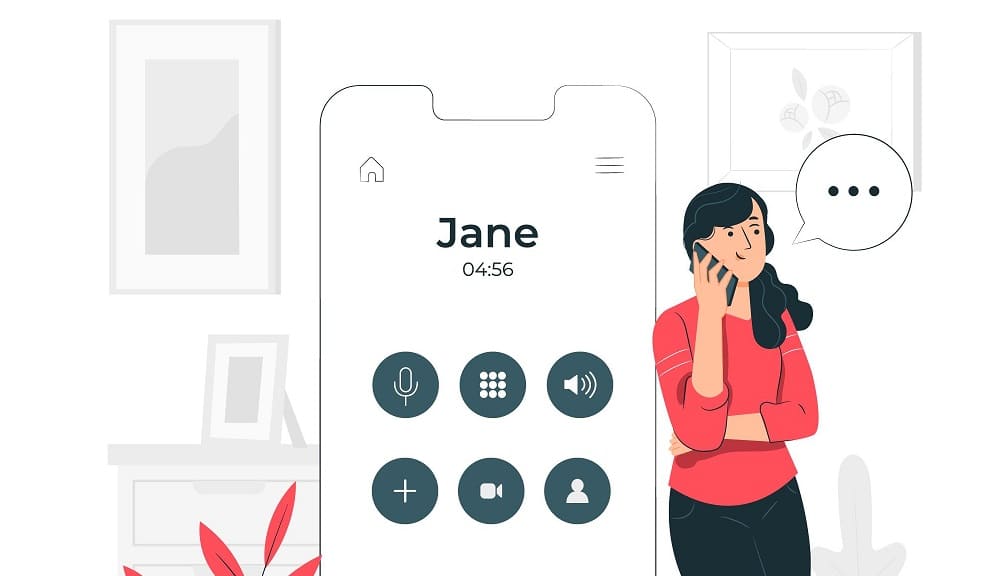 When Truecaller launched, it was one of the first apps to bring universal caller ID services to smartphones, and I loved using the service. The app has gained significant popularity over the years for its caller identification feature.

This feature is a life saver when it comes to opposing spam calls, and the app also offers flash messaging, call blocking, call recording, chat and voice over the internet to complement the caller ID feature.

However, over the years Truecaller has become too bloated. The app is one of the biggest culprit behind background battery drainage in a smartphone and Truecaller is not the only app on the market that offers these features.

If you also feel the same way and If it’s Truecaller alternatives that you seek, then you’ve come to the right place. Fortunately, Truecaller has some worthy competitors with similar functionalities.

Here are the 14 Best Truecaller Alternatives in 2022.

Eyecon is a caller ID and dialer app with a particular focus on its attractive user interface.

A US-based app with more than 50 million users worldwide, it has a 4.5 rating on Google Play and 4.6 on the App Store. Eyecon turns contacts into a visual gallery and has an intuitive default dialer with full-screen contact photos.

The UI is pretty user-friendly, and the app is overall battery efficient. It has a Toki feature that allows you to have short, walkie talkie-style voice conversations with friends.

In addition, Eyecon syncs the display photos of your Facebook friends with those of your phone contacts and offers a call recording feature on older Android phones (but not iPhones). The free version of the app includes ads and offers limited contact lookups. It is also a bit slow to load.

Callblock is a simple call blocking app for iOS devices with its headlining feature being the ability to block spam calls.

Do note that this is not a caller ID app which means that it cannot identify unknown numbers. However, its call blocking feature is one of the most robust I have seen in any app and hence it made the list.

With the world’s biggest directory of telemarketers (more than 3,000,000 classified entries) spanning over 100 countries, the app boasts of blocking more than 86.7 percent of telemarketing calls which is one of the best numbers in the industry.

If you receive a ton of spam calls and none of the callerID apps mentioned on this list along with Truecaller are making any difference, you should install this app.

Calls Blacklist Pro is claimed to be essentially the most fashionable calls and SMS blocker utility.

This app allow you to effectively block those numbers who are continually interrupting you by using sending SMS or making product merchandising calls.

The Reasonable about Calls Blacklist pro is that it even used for blocking the junk mail messages as well and make the mobile lifetime of the customers simplest.

Caller ID is one of the top apps to identify unwanted and spam calls.

It has more than 10 million downloads on Google Play and a respectable rating of 4.1. You can use the app as a default dialer as well as a default messaging app. Caller ID comes with a clean UI which is faster in comparison to the other apps.

You can identify unknown calls and messages without requiring access to the internet in countries including India, Egypt, Brazil, the USA, and Saudi Arabia. The app is generally battery-friendly. Caller ID is user-friendly and has a small app size, and there is no registration process at the beginning of the app.

The free version of Caller ID has ads, and the database has to be updated manually.

The identification speed is slower in the free version.

This app comes with the world’s largest phone number database. Call Blocker also gives you reminders of missed calls, and it notifies you whenever a block-listed caller calls you.

Whoscall is one of the most famous caller identification apps for smartphones.

With over 50 million downloads worldwide, the app blocked three billion spam calls in 2020. Whoscall has rich dialer features as well as an in-app messaging feature, and you can also use it to block specific numbers.

It offers a reverse lookup feature to retrieve the ID associated with the number before you even dial it. It also allows you to identify unknown calls and messages without internet access.

Whoscall focuses on its security to ensure the safety of your data.

It is trusted by renowned companies and governments around the world. The app works in offline mode as well and has more than one billion phone numbers in its database.

Hiya which was formerly known as Whitepages Caller ID is a very capable caller ID app which identifies the calls you want to take and blocks the numbers and texts you want to avoid.

My favorite feature of Hiya apart from its intended functions mentioned above is the fact that the app is completely free of cost and doesn’t even show any ads.

Most of the other apps on this list ask you to either pay a premium price or show ads. Hiya does neither and hence has the best user experience of all the caller ID apps I have tested.

If you don’t want to see ads and still want to enjoy the full caller ID experience, Hiya is the app for you.

Real Caller is a utility for smartphone users for the cause of getting telephone listing and caller identity.

Actual Caller makes it feasible for the customers to get the caller identification of the real humans who’re making you call staying nameless.

CallApp is an all-in-one call blocking, dialer, and messaging app.

It is among the most downloaded caller ID app, with over 100 million downloads on Google Play. In CallApp, you’ll find a good UI and a minimal design. In addition, it offers good personalization options for you to modify the look and feel of the app according to your taste.

It will show you missed call reminders and also some AI-powered insights, which can be particularly useful. CallApp records both incoming and outgoing calls on older Android devices and also has a feature that tells you who viewed your profile.

The free version has limitations, and its spam filter is average at best.

It has heavier battery drainage, and the premium version is slightly on the expensive side.

Apart from sporting quite an eccentric name, Mr. Number is a fairly good caller ID app which gets the job done.

The app does a great job of identifying unknown numbers and the spam call blocking was also on par with some of the best apps on this list.

One of the good things about this app is that you can predefine conditions which allow you to block calls from specific users, area coder, or even an entire country.

This feature comes in very handy to block international spam calls which normally filter through most of the caller ID apps.

The app also brings all the other usual features including the ability to search for unknown numbers, call blocking for specific numbers, and more. It’s definitely a worthy Truecaller alternative and is worth checking out.

WhoWho is a caller id and call blocking off an application that furnishes the answer for picking the caller identity, blockading the undesirable calls, managing the registered numbers, choosing the spam calls earlier than responding to the callers.

WhoWho will inform you which call is an actual one and which can be being made from the false numbers.

It is a relatively new Android caller identification app available on the Google Play Store.

The app is not much popular, but it packs lots of useful features.

Showcaller is another good alternative to Truecaller.

Having the trust of more than 50 million users, it identifies spam calls and the caller’s region. Showcaller offers a smart T9 dialer that you can use as your default dialer.

It provides easy access to frequently used contacts and can also block specific numbers. You can access its database without internet access as it has offline database support. Showcaller is also one of the more secure apps in its category.

It doesn’t source its data from user contacts, and its premium version is pretty affordable. According to the reviews, its customer support has had issues in the past, and its UI is not so user-friendly. Its spam detection abilities are limited at best.

If you are an iPhone user, TrapCall is a worthy alternative for Truecaller. While the app is also available for Android users, the ratings on Play Store imply that their Android app is not as good.

That said, ratings don’t always tell the whole story, so you can check it out. TrapCall brings a ton of features that lets you block spam calls and identify callers, and more.

First is the “No Caller ID” feature that uses TrapCall’s patented technology to let you know who is behind an anonymous blocked caller ID. This comes in handy when deciding whether to accept or reject a call.

There’s also automatic spam blocking that blocks most of the robocalls. They keep an updated global list of spam callers so you always get the latest protection. The app also allows you to easily blacklist harassing and annoying callers.

The callers hear a message that your phone has been disconnected so they are none the wiser. There’s also support for “Live Caller ID” just like Truecaller. Other features include the ability to record incoming calls, privacy lock for unidentified callers, and more.

As you can see, TrapCall brings a lot of useful users and can easily replace Truecaller from your life.

Note: Available only in the US.

That’s pretty much it! So, there are Best Truecaller Alternatives.

If you have any other favorite Best Truecaller Alternatives then don’t forget to share them with us in the comment below. Also, if you liked this article, Share on your favorite Social media platform.