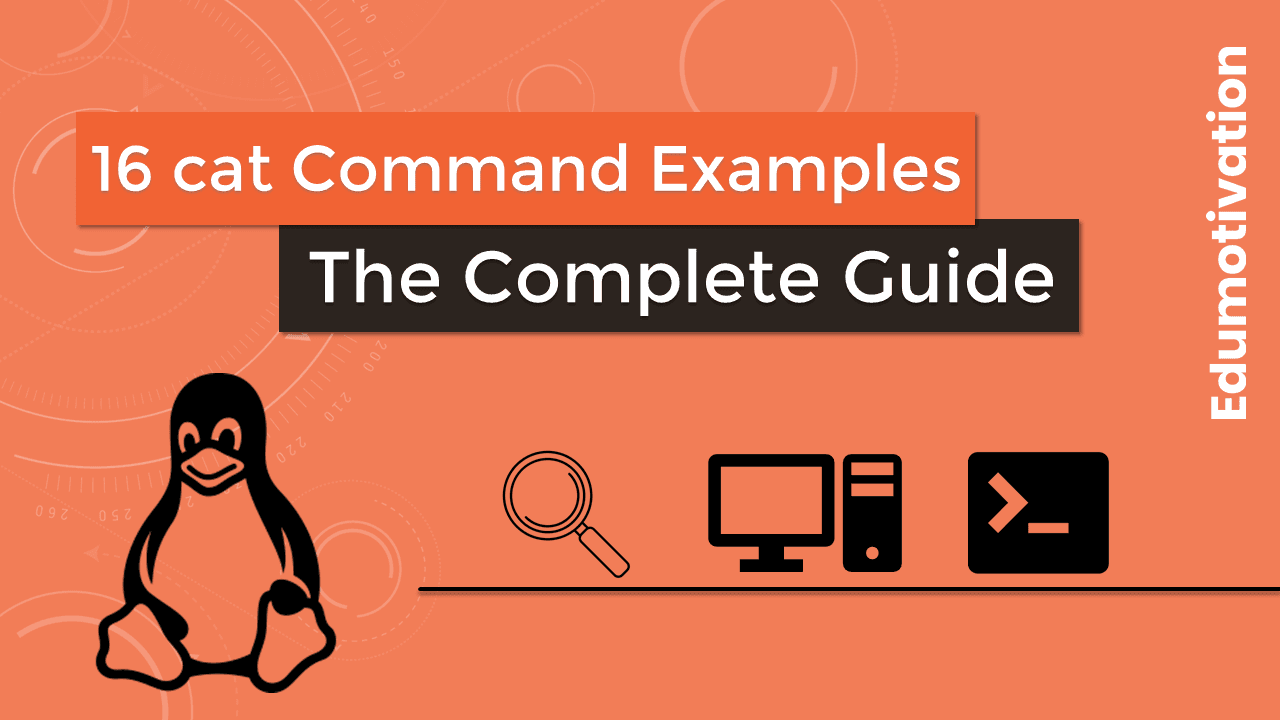 Today I have brought a handy command for you, and that is the cat command.

Whether you are a beginner or an expert in Linux, this is the most frequently used command for all.

The cat command was launched in the Unix operating system and was written by Torbjorn Granlund and Richard M. Stallman.

In this article, I will teach you about the complete features of cat command.

First of all, let’s focus on some of the most important options that we can use with the cat.

We can use the following Redirection operators with cat command:

You must follow the syntax given below to use the cat command.

To create a new file, you must combine the Redirection of output (>) operator with the cat.

Refer to the following example.

After running the above command, it will allow you to type the text you want to store in the test.txt file.

2. Display contents of a File

You can display the contents of a file using cat.

To do this type the following command.

OR you can mention the path of the file.

You can also display the contents of multiple files.

Here I have two files named months.txt and week.txt. Run the following command to display the contents of these files.

To append (add) data to an existing file, you must use the Append the output operator (>>) with the cat command.

After running the above command, it will allow you to type the text you want to append in the test.txt file.

Note: Never use the Redirection of output (>) operator when appending data to an existing file as it will override the current data of that file.

By default, cat command displays the contents of the file on Standard Output (stdout), but you can also redirect the output to a new/existing file.

Here I have two files named months.txt and week.txt with some content. With the help of these files, I will explain this concept to you.

Ex # 1: Copy the contents of months.txt to a new file named test.txt.

Ex # 2: Copy the contents of week.txt to an existing file named test.txt.

Using cat you can concatenate (Link) the contents of multiple files to a single file.

Here I have two files named months.txt and week.txt and, I will concatenate the contents of these files to a new file named newfile.txt with the help of Redirection of output operator (>).

You can also concatenate the content of multiple files to an existing file using Append the output operator (>>).

You can use Wildcards with the cat. Let’s take some examples.

Ex # 1: Display the contents of all available files in a directory.

Ex # 2: List the contents those files whose extension is “.txt“.

Ex # 3: List the contents of those files that start with “te“.

8. Combine cat command with other commands

You can combine the cat with other commands to get your desired output.

Note : By default, head command prints the first ten lines of a file, but you can display as many lines as you want using its other features.

Note : By default, tail command prints the last ten lines of a file, but you can display as many lines as you want using its other features.

Note: more and less commands are typically used to view a large file. It displays one screen at a time.

To number all output lines pass the -n option to cat.

But here is a problem. With the usage of -n option, it numbers both empty and non-empty output lines.

To number only non-empty output lines pass the -b to cat command.

To display the dollar sign ($) at the end of each line, pass the -E option to cat command.

You can also use the -e option to get the similar output.

11. Display TAB characters as ^I

You can display the Tab characters, which is also called as non-printing characters.

To do so, pass the -T option to cat command.

In Linux, typically all system information related files are stored in the /proc directory.

And most of them are simple text files that can appear using cat command.

To take print out of files using cat type the following command. For this, you have to use the Pipe (|) operator.

Use the following commands to access the Manual Page/Help Page of cat command.

16. Check the version of cat command

Refer to this Infographic for complete cat command options.

You can visit at following websites to get more information on cat command.

I hope you have learned something from this article and you may have found that cat is a very important command in Linux.

I have tried my best to include all the features of cat command in this guide.