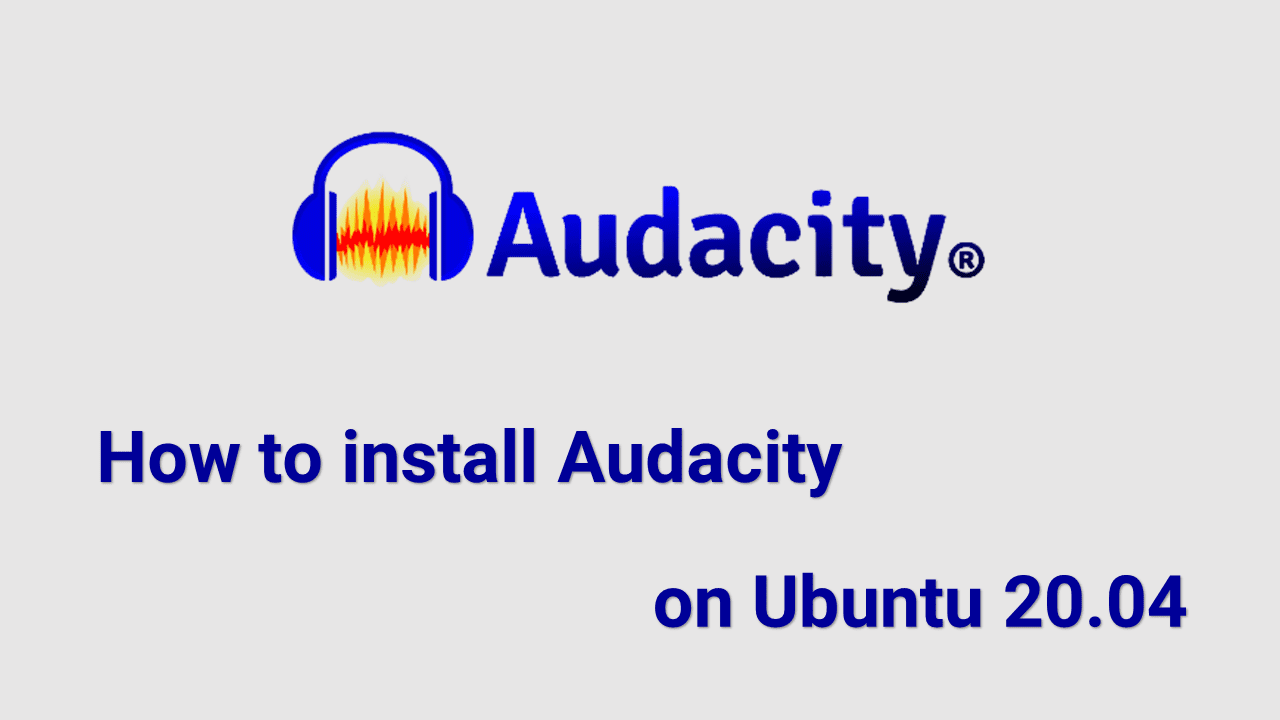 One of the major advantages of Audacity is that the interface of Audacity is user-friendly and simple and I highly recommend this application because of the great sound quality.

Audacity can record live audio through a microphone or mixer, or digitize recordings from other media. In addition to recording audio from more than one sources, Audacity can be used for post-processing of all types of audio, including effects such as trimming, normalization, and fading in and out.

Audacity is distributed under the GNU GPL V2 license and in addition to English, Audacity is available in 38 languages.

This article explains three methods of installing Audacity on Ubuntu 20.04.

The easiest way to install Audacity on Ubuntu 20.04 is by using the snap packaging system.

This is actually the Snap version of the Audacity. It can be used on any Linux distribution that has Snap support.

Open your terminal (Ctrl+Alt+T) and type the following command to install the Audacity package.

At this step, you have successfully installed Audacity application on Ubuntu 20.04 system.

If you are not comfortable with the command line, open Ubuntu Software, search for “Audacity” and install the application.

If you want to install the most recent version of Audacity, you can use the PPA repository.

First of all open the terminal from system application launcher and type the following command to add the Audacity PPA to your system.

Then, execute the following commands to install Audacity package on your Ubuntu system.

The downloaded file name would be something like: audacity-linux-3.1.2-x86_64.AppImage

In the Activities search bar type “Audacity” and click on the icon to launch the application.

How to Uninstall Audacity from Ubuntu 20.04

For some reason, If you want to uninstall Audacity application, refer following methods.

If you have installed Audacity via Snap type the following command:

So type the following command to install the ppa-purge package and uninstall the Audacity package.

If you have installed Audacity via AppImage:

I hope that now you have a good understanding of How to install Audacity on Ubuntu 20.04 LTS Focal Fossa.