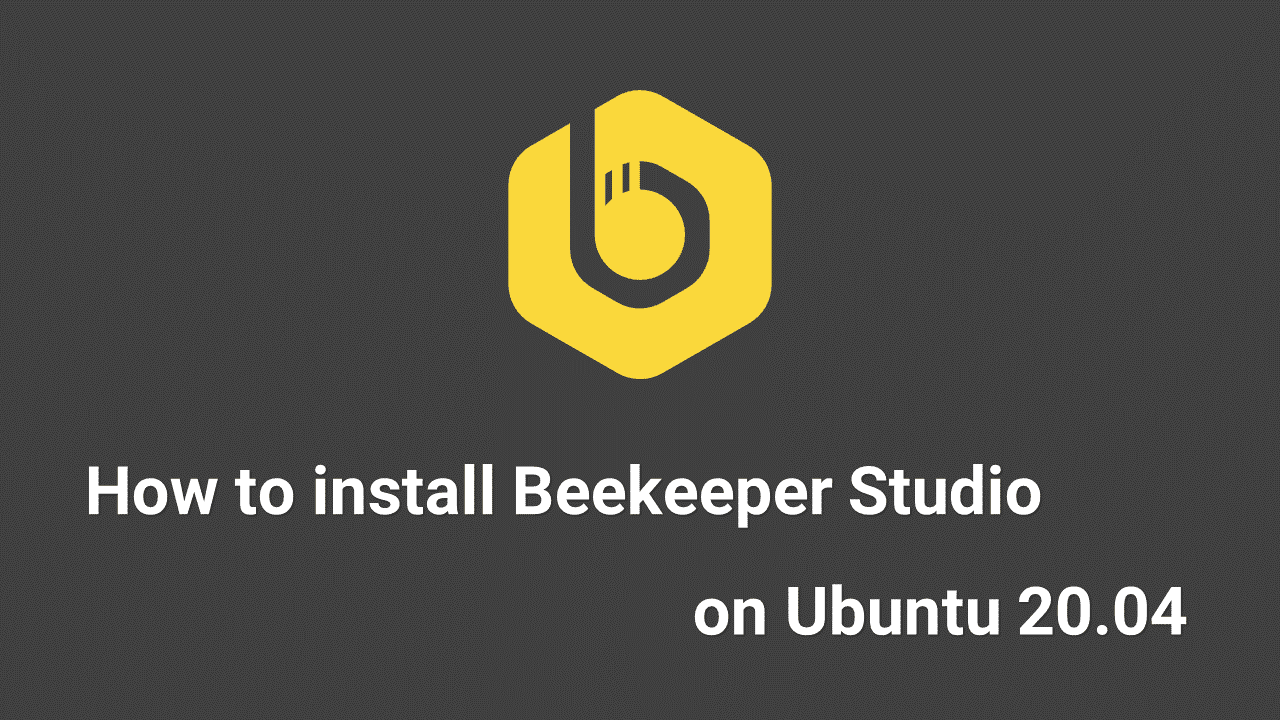 It may not be as snappy or as resource friendly as a native app of this sort, but it looks and feels a lot more modern and smoother to work with. Unlike most other open source database managers and SQL editors, Beekeeper Studio isn’t cluttered with unnecessary features, but does come with the essentials that you need.

This includes SQL auto completion, Syntax Highlighting, sensible keyboard shortcuts, and It allows you to connect to the aforementioned supported databases, encrypt your connections with SSL, or tunnel through SSH if you prefer to. A nice feature is that you can also save all your connections, including the encrypted ones.

Things that make Beekeeper Studio uniquely awesome is its totally open source and free, Privacy respecting, Modern and easy to use and user-friendly SQL editor and database manager that still boasts a decent array of features.

This article explains three methods of installing Beekeeper Studio on Ubuntu 20.04. Choose the installation method that is most appropriate for your environment.

The easiest way to install Beekeeper Studio on Ubuntu 20.04 is by using the snap packaging system.

This is actually the Snap version of the Beekeeper Studio. It can be used on any Linux distribution that has Snap support.

Open your terminal (Ctrl+Alt+T) and type the following command to install the Beekeeper Studio package.

At this step, you have successfully installed Beekeeper Studio on Ubuntu 20.04 system.

Beekeeper Studio has provided a repo for Debian and Ubuntu 16.04+ operating systems. Refer the following steps to install the application using deb package.

Add the repo to your apt lists directory.

That’s it, Beekeeper Studio has been installed on your Ubuntu System, and you can start using it.

The downloaded file name would be something like: Beekeeper-Studio-2.1.5-arm64.AppImage

In the Activities search bar type “Beekeeper Studio” and click on the icon to launch the application.

How to Uninstall Beekeeper Studio from Ubuntu 20.04

For some reason, If you want to uninstall Beekeeper Studio, refer following methods.

If you have installed Beekeeper Studio via Snap type the following command:

If you have installed the appication using .deb then uninstall by running the below command:

Since the software is never installed, there is no need of uninstalling it. Just delete the associated Beekeeper Studio file and your software is removed from the system.

I hope that now you have a good understanding of How to install Beekeeper Studio on Ubuntu 20.04 LTS Focal Fossa.