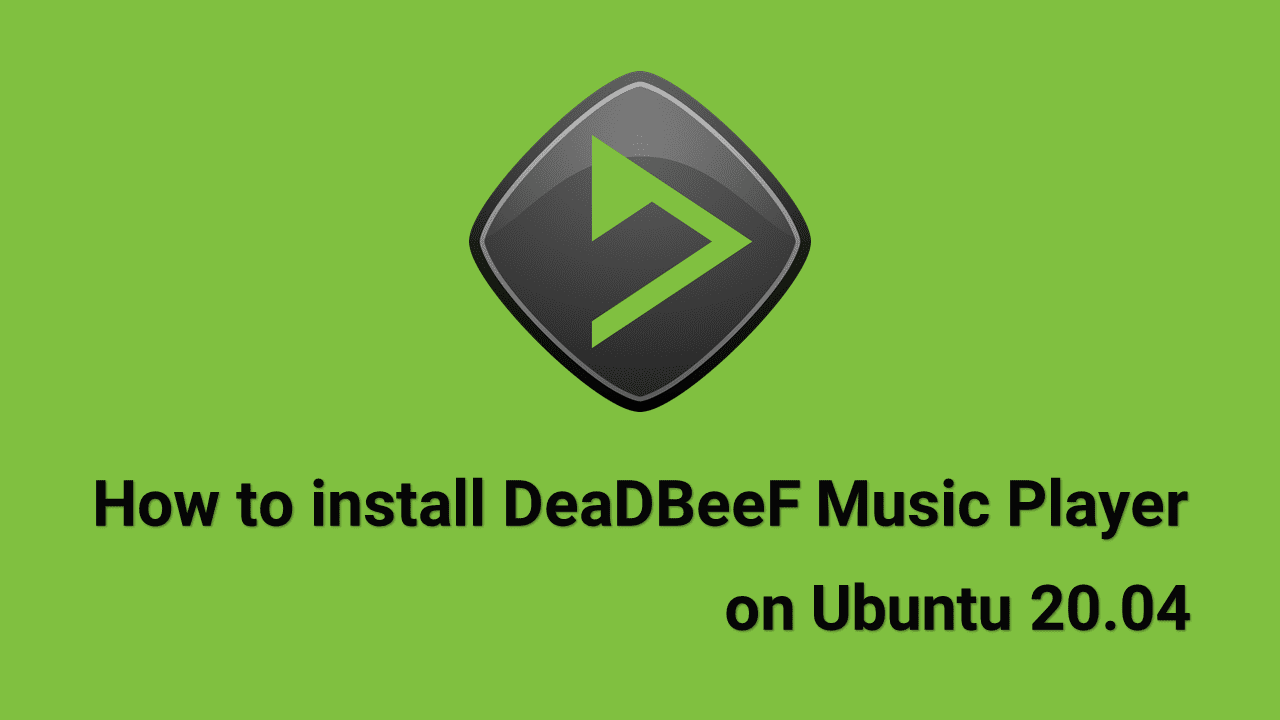 It plays a variety of audio formats including Mp3, ogg vorbis, flac, ape, wv/iso.wv, wav, m4a/m4b/mp4 etc.., converts between them, lets you customize the User Interface(UI) in almost any way you want, and use many additional plugins which can extend it even more.

It was first published in August 2009 under GPLv2 license and It has all the features you look for in a music player such as supports unicode tags (both utf8 and ucs2), Ships with several standard plugins, Control playback from command line, last.fm/libre.fm scrobbler etc..

The easiest way to install DeaDBeeF on Ubuntu 20.04 is by using the snap packaging system.

This is actually the Snap version of the DeaDBeeF. It can be used on any Linux distribution that has Snap support.

Open your terminal (Ctrl+Alt+T) and type the following command to install the DeaDBeeF Music Player package.

At this step, you have successfully installed DeaDBeeF Music Player on Ubuntu 20.04 system.

If you want to install the most recent version of DeaDBeeF Music Player, you can use the PPA repository.

First of all open the terminal from system application launcher and type the following command to add the DeaDBeeF PPA to your system.

Then, execute the following commands to install DeaDBeeF package on your Ubuntu system.

Visit at Sourceforge page to Download the DeaDBeeF .deb package.

That’s it, DeaDBeeF has been installed on your Ubuntu System, and you can start using it.

In the Activities search bar type “DeaDBeeF” and click on the icon to launch the application.

How to Uninstall DeaDBeeF from Ubuntu 20.04

For some reason, If you want to uninstall DeaDBeeF Music Player, refer following methods.

If you have installed DeaDBeeF via Snap type the following command:

So type the following command to install the ppa-purge package and uninstall the DeaDBeeF package.

If you have installed the appication using apt then uninstall by running the below command:

I hope that now you have a good understanding of How to install DeaDBeeF Music Player on Ubuntu 20.04 LTS Focal Fossa.