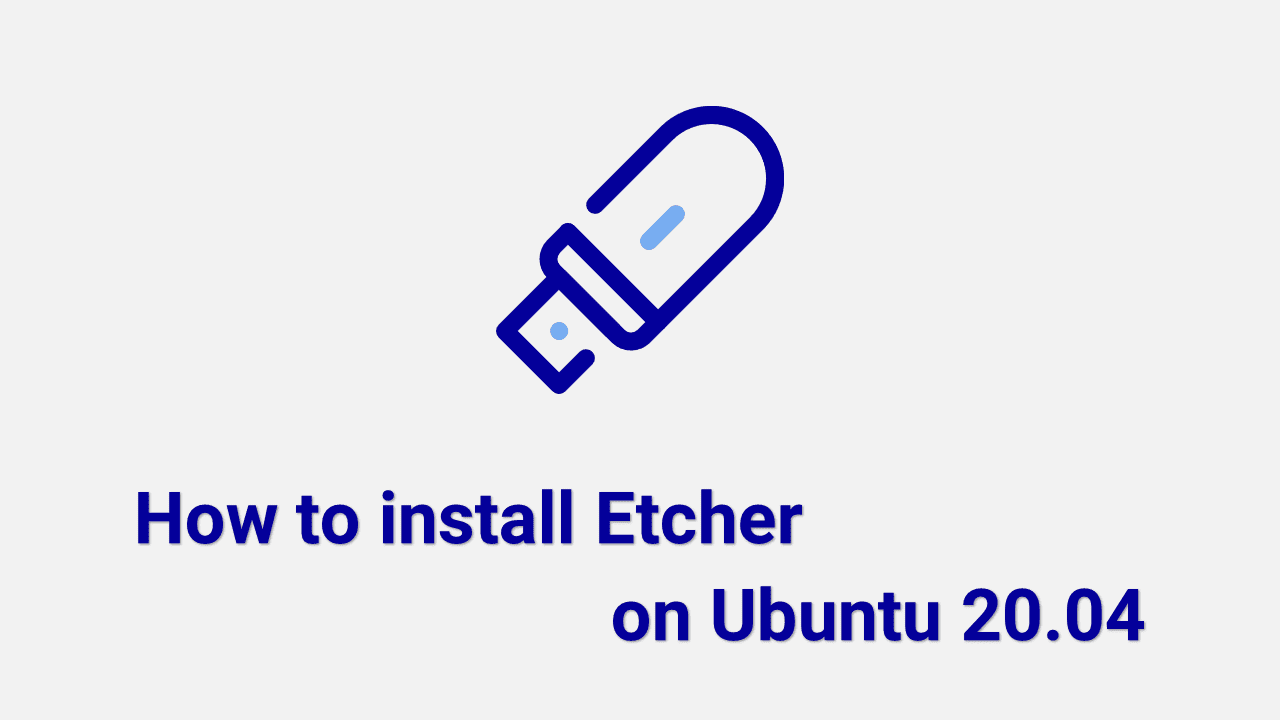 Etcher is a free and open source USB image writer for Microsoft Windows, Linux and macOS. Regardless of which Operating System you use Etcher can write .img, .iso and .zip files to SD cards and USB drives.

If you often try out new Linux distros then you will know how important it is to have a reliable flashing tool and Etcher is just that. The main interface is simple to understand. Just run the application and walks you though the 3 step process of how to flash an .iso to USB.

Open the app -> Select an image -> select a drive then hit the Flash button. Thats it.

This article explains two methods of installing Etcher on Ubuntu 20.04.

You can also download the Etcher AppImage from its official Github Page.

The downloaded file name would be something like: balenaEtcher-1.7.7-x64.AppImage.

Etcher has provided a repo for Debian and Ubuntu 16.04+ operating systems. Refer the following steps to install the application using deb package.

First, type the following command to install curl and allow apt over HTTPS.

Now type the following command to Update apt and install the Etcher package.

That’s it, Etcher has been installed on your Ubuntu System, and you can start using it.

Since the Etcher repository is added to the system, your installed Etcher version will be updated when you update your Ubuntu system.

In the Activities search bar type “Etcher” and click on the icon to launch the application.

How to Uninstall Etcher from Ubuntu 20.04

For some reason, If you want to uninstall Etcher, refer following methods.

If you have installed the Etcher application via AppImage:

Since the software is never installed, there is no need of uninstalling it. Just delete the associated Etcher file and your software is removed from the system.

If you have installed the appication via .deb package then uninstall by running the below command:

I hope that now you have a good understanding of How to install Etcher on Ubuntu 20.04 LTS Focal Fossa.