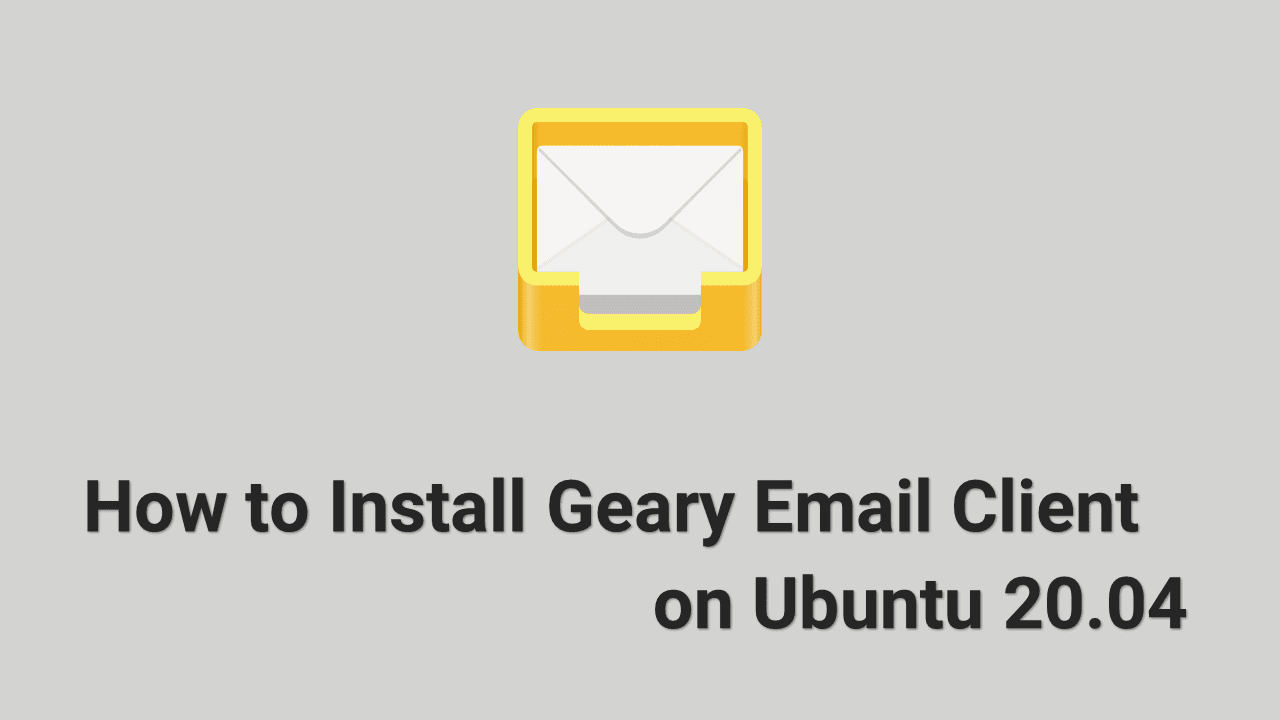 Geary is a GTK-based open-source mail app that lets you read, find and send email through a modern user interface replete with GNOME Shell desktop integrations. Conversations allow you to read a complete discussion without having to find and click from message to message. This email client is written in the Vala programming language.

Geary is easy to navigate because the buttons on top have everything you’ll ever need. You don’t even need to configure the User Interface it has everything.One major reason for using Geary over, say, Mozilla Thunderbird or Evolution is that it’s built around “conversations” rather than individual mails.

The Geary Email Client is included in Ubuntu 20.04. Follow the step by step guide to install the application.

Now execute this command to install the Geary package.

At this step, you have successfully installed Geary Email Client on Ubuntu 20.04 system.

Once Flatpak is installed type the following command to install Geary Email Client.

Then execute the below command to run the Geary application.

If you want to install the most recent version of Geary, you can use the PPA repository.

First of all open the terminal from system application launcher and type the following command to add the Geary Email Client PPA to your system.

Then, execute the following commands to install Geary package on your Ubuntu system.

In the Activities search bar type “Geary” and click on the icon to launch the application.

How to Uninstall Geary from Ubuntu 20.04

For some reason, If you want to uninstall Geary, refer following methods.

If you have installed Geary Email Client from default ubuntu apt respository then uninstall by running the below command:

If you have installed the Geary Email Client appication through PPA then uninstall it by following one of the below procedures.

So type the following command to install the ppa-purge package and uninstall the Geary package.

I hope that now you have a good understanding of How to Install Geary Email Client on Ubuntu 20.04 LTS Focal Fossa.