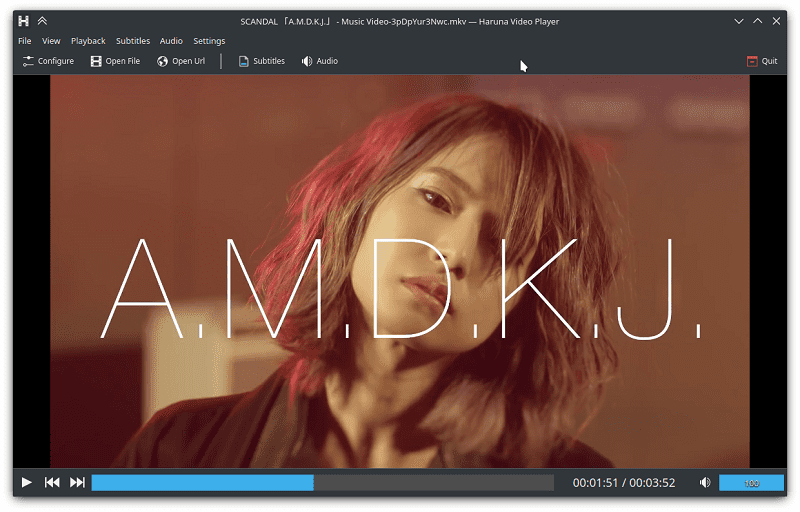 Haruna is an open source and free video player for Linux built with Qt/QML and libmpv that acts as a front-end to mpv along with the ability to use youtube-dl which allows playing online videos from over 1000 websites such as YouTube and PeerTube. By default, the software will reproduce the best possible video and audio quality.

It is not limited to video playback. As an audio player, its performance is also satisfactory. Haruna has support for Lua scripting, and it can even encode files from one format/codec to another. It’s an simple and useful GUI on top libmpv. The user interface is easy to get used to and offers some important customization options as well.

The easiest way to install Haruna Video Player on Ubuntu 20.04 is by using the snap packaging system.

This is actually the Snap version of the Haruna Video Player. It can be used on any Linux distribution that has Snap support.

Open your terminal (Ctrl+Alt+T) and type the following command to install the Haruna package.

At this step, you have successfully installed Haruna Video Player on Ubuntu 20.04 system.

Once Flatpak is installed type the following command to install Haruna Video Player.

Then execute the below command to run the Haruna application.

In the Activities search bar type “Haruna” and click on the icon to launch the application.

How to Uninstall Haruna from Ubuntu 20.04

For some reason, If you want to uninstall Haruna, refer following methods.

If you have installed Haruna Video Player via Snap type the following command:

I hope that now you have a good understanding of How to install Haruna Video Player on Ubuntu 20.04 LTS Focal Fossa.

1 thought on “How to install Haruna Video Player on Ubuntu 20.04”