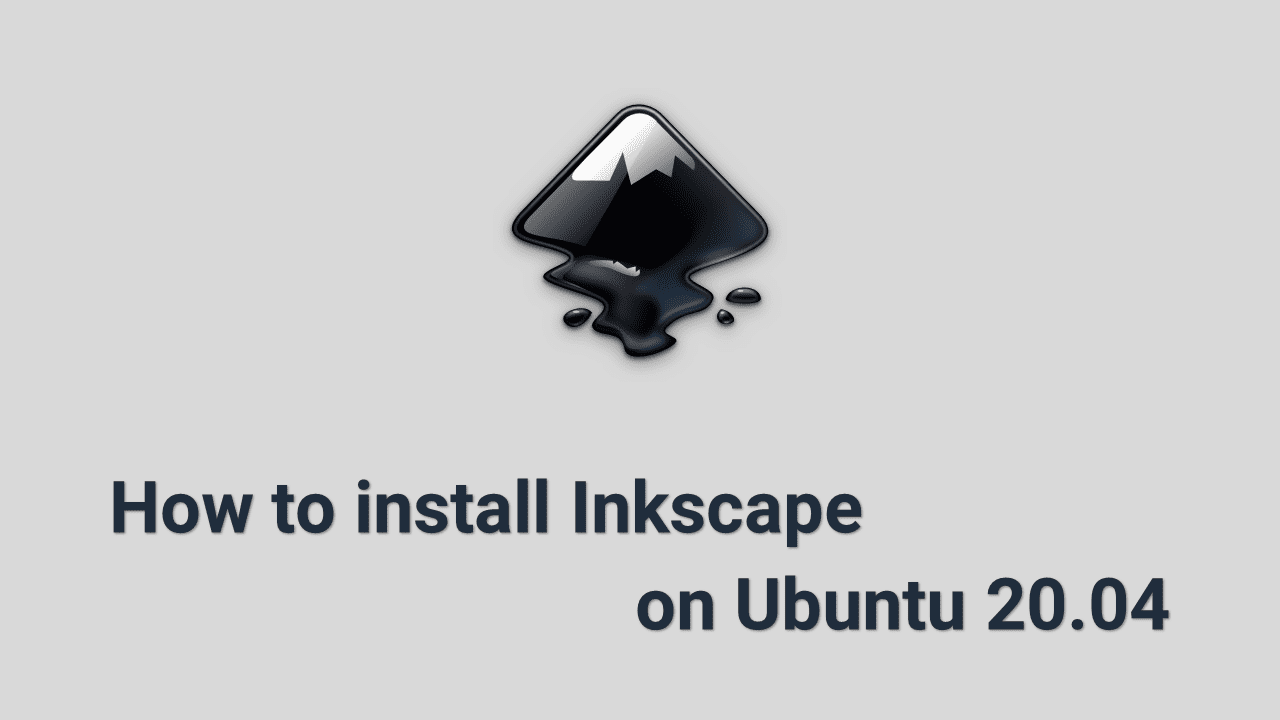 Inkscape is a great free and open-source vector graphics editor program forused to create vector images, mainly in Scalable Vector Graphics (SVG) format that won’t blur when you resize them. It’s an alternative to premium applications like Adobe Illustrator.

What I like most about Inkscape is it’s User Interface is great and easy to use and one can make awesome SVG easily within a few minutes with the help of Inkscape. Even though Inkscape is completely free, it offers many features and tools available in paid competitors.

Inkscape offers a large amount of features you need for artistic and digital illustrations and vector design such as clip art, cartoons, typography, logos, diagramming and flowcharting.

This article explains three methods of installing Inkscape on Ubuntu 20.04.

The easiest way to install Inkscape on Ubuntu 20.04 is by using the snap packaging system.

This is actually the Snap version of the Inkscape. It can be used on any Linux distribution that has Snap support.

Open your terminal (Ctrl+Alt+T) and type the following command to install the Inkscape package.

At this step, you have successfully installed Inkscape application on Ubuntu 20.04 system.

If you are not comfortable with the command line, open Ubuntu Software, search for “Inkscape” and install the application.

If you want to install the most recent version of Inkscape, you can use the PPA repository.

First of all open the terminal from system application launcher and type the following command to add the Inkscape PPA to your system.

Then, execute the following commands to install Inkscape package on your Ubuntu system.

The downloaded file name would be something like: Inkscape-3bf5ae0-x86_64.AppImage

In the Activities search bar type “Inkscape” and click on the icon to launch the application.

How to Uninstall Inkscape from Ubuntu 20.04

For some reason, If you want to uninstall Inkscape application, refer following methods.

If you have installed Inkscape via Snap type the following command:

So type the following command to install the ppa-purge package and uninstall the Inkscape package.

If you have installed Inkscape via AppImage:

I hope that now you have a good understanding of How to install Inkscape on Ubuntu 20.04 LTS Focal Fossa.