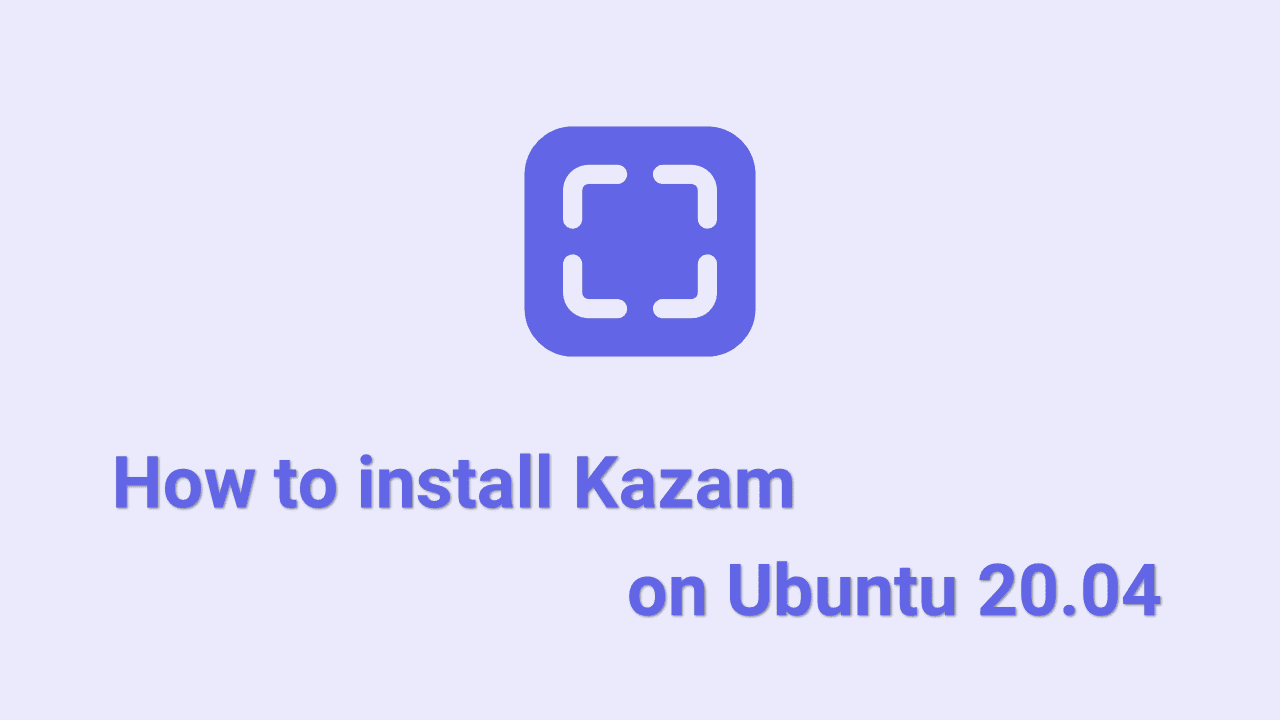 Kazam is a versatile tool that’s handy for taking both screenshots and screen recordings. The video file of the screen recording can be played in VP8/WebM format. Aside from visuals, this tool will also allow users to record accompanying audio from a compatible source.

Kazam is excellent because it offers versatility. With Kazam, you can record the screen or capture screenshots in different ways, including snipping a full screen, a specific region, or a whole window.​​​​​ In case of area selection, it will allow you to select the specific area and press Enter to capture.

Kazam is a lightweight application that won’t consume too much memory space.

This article explains two methods of installing Kazam on Ubuntu 20.04.

Kazam is included in Ubuntu 20.04. Follow the step by step guide to install the application.

Now execute this command to install the Kazam package.

At this step, you have successfully installed Kazam on Ubuntu 20.04 system.

If you are not comfortable with the command line, open Ubuntu Software, search for “Kazam” and install the application.

If you want to install the most recent version of Kazam, you can use the PPA repository.

First of all open the terminal from system application launcher and type the following command to add the Kazam PPA to your system.

Then, execute the following commands to install Kazam package on your Ubuntu system.

Kazam can be launched from the command line by typing kazam or In the Activities search bar type “Kazam” and click on the icon.

How to Uninstall Kazam from Ubuntu 20.04

For some reason, If you want to uninstall Kazam, refer following methods.

If you have installed Kazam from default ubuntu apt respository then uninstall by running the below command:

If you have installed the Kazam through PPA then uninstall it by following one of the below procedures.

So type the following command to install the ppa-purge package and uninstall the Kazam package.

I hope that now you have a good understanding of How to install Kazam on Ubuntu 20.04 LTS Focal Fossa.