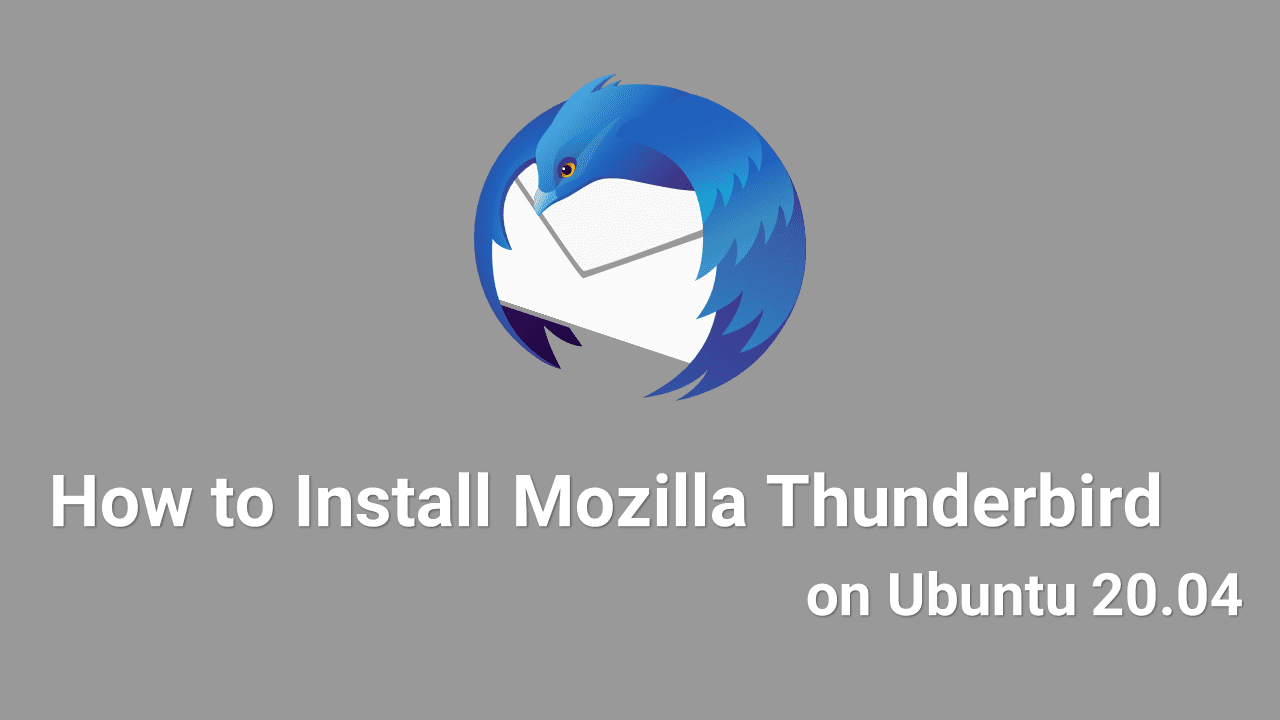 Mozilla Thunderbird is an exceptional free, open-source full-featured secure email application and chat client that includes an RSS feed reader and newsgroups option. It allows you to manage multiple email accounts from one location with advanced filtering features.

Its an cross platform application available for Microsoft Windows, macOS, Linux, Unix and FreeBSD and the best part of this application is that it is easy to install and customize and it is packed with great features!

Thunderbird makes email better for you, bringing together speed, privacy and the latest technologies. Focus on what matters and forget about complexity. With Add-ons (Extensions and Themes) and many more features you can change the look and feel of Thunderbird in an instant.

If you use one of the bigger email providers like Google, Yahoo or Microsoft, just type in your address and the software will automatically pick the appropriate settings.

Since Thunderbird is an open source project, anyone can contribute ideas, designs, code, and time helping fellow users.

Before installing Mozilla Thunderbird, make sure your platform meets the following requirements:

Note: Thunderbird will not run at all without the following libraries or packages.

The easiest way to install Mozilla Thunderbird on Ubuntu 20.04 is by using the snap packaging system.

The Thunderbird snap package is distributed and maintained by the Mozilla Foundation.

This is actually the Snap version of the Thunderbird application. It can be used on any Linux distribution that has Snap support.

Open your terminal (Ctrl+Alt+T) and type the following command to install the Mozilla Thunderbird package.

That’s It. Now you can open the Thunderbird application with the help of Activities search bar.

If you are not comfortable with the command line, open Ubuntu Software, search for “Thunderbird” and install the application.

Type the following command to update the Thunderbird application.

Type the following command to update the package index.

Finally, with the help of below command you can install Thunderbird from default system repositories.

At this step, you have successfully installed Thunderbird application on Ubuntu 20.04 system.

Installing Mozilla Thunderbird from default repositories will give you an older version of the application.

If you want to install the most recent version of Mozilla Thunderbird, you can use the PPA maintained by the Mozilla team.

First of all open the terminal from system application launcher and type the following command to add the Thunderbird PPA to your system.

Then, execute the following commands to install Mozilla Thunderbird package on your Ubuntu system.

Mozilla Thunderbird can be launched from the command line by typing thunderbird or In the Activities search bar type “thunderbird” and click on the icon.

How to Uninstall Thunderbird from Ubuntu 20.04

For some reason, If you want to uninstall Mozilla Thunderbird application, refer following methods.

I have explained three methods of removing Mozilla Thunderbird from Ubuntu 20.04. Choose the Uninstallation method that is most appropriate for your environment.

If you have installed Thunderbird via Snap type the following command:

If you have installed the appication from default system repositories(apt) then uninstall by running the below command:

So type the following command to install the ppa-purge package and uninstall the Thunderbird package.

I hope that now you have a good understanding of How to Install Mozilla Thunderbird on Ubuntu 20.04 LTS Focal Fossa.