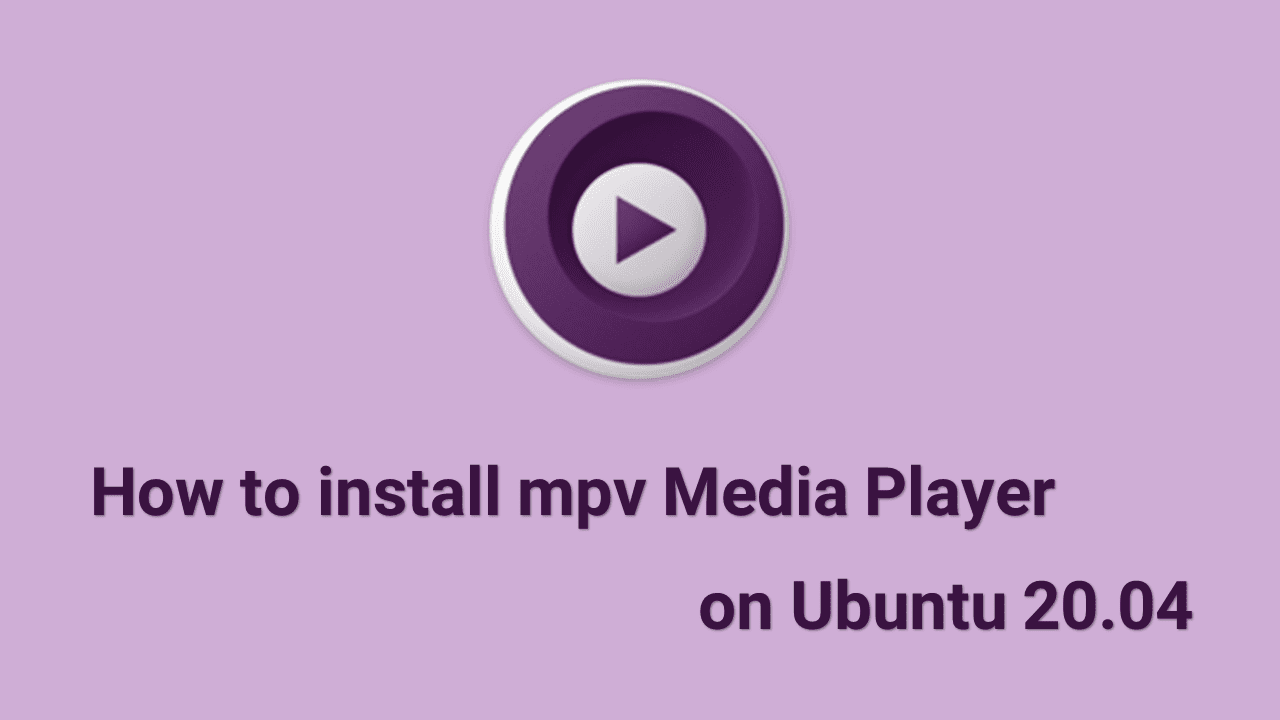 mpv is a free(License: GPLv2+) and Open-Source media player application for the command line. It’s based on MPlayer, mplayer2, FFmpeg and supports a wide variety of media file formats, audio and video codecs, and subtitle types. When you are looking for an alternative to your usual video player, this app is worth trying.

mpv has an OpenGL, Vulkan, and D3D11 based video output that is capable of many features loved by videophiles, such as video scaling with popular high quality algorithms, color management, frame timing, interpolation, HDR, and more. It leverages the FFmpeg hwaccel APIs to support VDPAU, VAAPI, DXVA2, VDA and VideoToolbox video decoding acceleration.

Powerful scripting capabilities can make the player do almost anything. By using youtube-dl, mpv natively supports playback of high-definition video (HD) content and audio on YouTube and over 1000+ other supported sites. This allows mpv to replace site-specific video players based on HTML5 or Adobe Flash.

When you think of a video player, surely VLC player will cross your mind. This app is not only completely free to use and open-source, but it is also enormously powerful and plays near everything you plays with it. MPV can give you what VLC Media Player has to offer.

This article explains three methods of installing mpv Media Player on Ubuntu 20.04. Choose the installation method that is most appropriate for your environment.

The easiest way to install mpv on Ubuntu 20.04 is by using the snap packaging system.

This is actually the Snap version of the mpv Media Player. It can be used on any Linux distribution that has Snap support.

Open your terminal (Ctrl+Alt+T) and type the following command to install the mpv package.

At this step, you have successfully installed mpv Media Player on Ubuntu 20.04 system.

The mpv media player is included in Ubuntu 20.04. Follow the step by step guide to install the application.

If you want to install the most recent version of mpv Player, you can use the PPA repository.

First of all open the terminal from system application launcher and type the following command to add the mpv PPA to your system.

Then, execute the following commands to install mpv Media Player package on your Ubuntu system.

In the Activities search bar type “mpv” and click on the icon to launch the application.

How to Uninstall mpv Media Player from Ubuntu 20.04

For some reason, If you want to uninstall mpv application, refer following methods.

If you have installed mpv Player via Snap type the following command:

If you have installed the appication from default ubuntu apt respository then uninstall by running the below command:

So type the following command to install the ppa-purge package and uninstall the mpv Media Player package.

I hope that now you have a good understanding of How to install mpv Media Player on Ubuntu 20.04 LTS Focal Fossa.