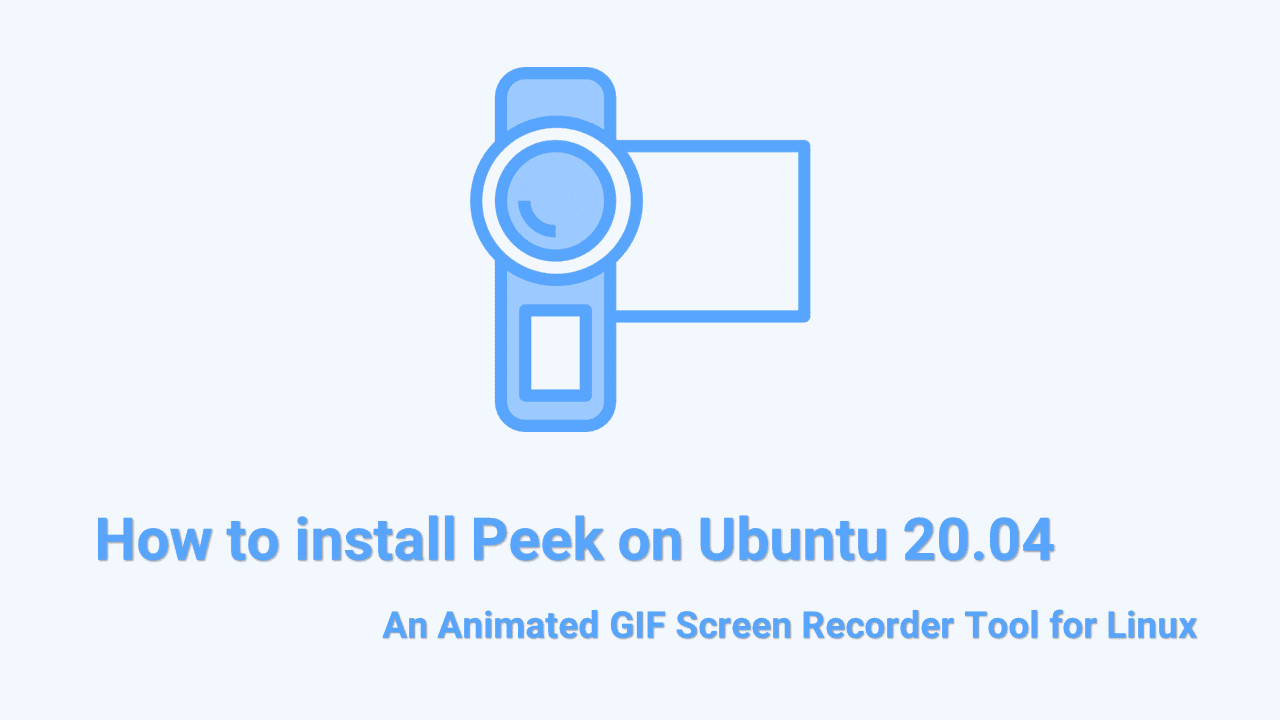 Peek is a Open-Source computer software program for Linux to create simple animated GIF file based on the GIF89a file format. It is beautifully designed, lightweight, and straightforward. Peek application makes it easy to create short screencasts of a screen area. You simply place the Peek window over the area you want to record and press “Record“. There’s a countdown after clicking on the ‘Record’ button.

Peek is optimized for generating animated GIFs, but can also directly record to WebM or MP4. You can open its preferences to choose to open the gif file after saving and the options to set delay count, resolution down-sampling, and framerate.Peek runs on X11 or inside a GNOME Shell Wayland session using XWayland.

This article explains two methods of installing Peek on Ubuntu 20.04.

If you want to install the most recent version of Peek, you can use the official PPA repository.

First of all open the terminal from system application launcher and type the following command to add the Peek PPA to your system.

Then, execute the following commands to install Peek package on your Ubuntu system.

If you want to use the latest development version there is also a PPA with daily builds available. Use the repository ppa:peek-developers/daily in the above commands.

At this step, you have successfully installed Peek Animated GIF Screen Recorder Tool on Ubuntu 20.04 system.

The easiest way to install Peek on Ubuntu 20.04 is by using the snap packaging system.

This is actually the Snap version of the Peek. It can be used on any Linux distribution that has Snap support.

Open your terminal (Ctrl+Alt+T) and type the following command to install the Peek package.

Peek can be launched from the command line by typing peek or In the Activities search bar type “Peek” and click on the icon.

How to Uninstall Peek from Ubuntu 20.04

For some reason, If you want to uninstall Peek GIF Screen Recorder Tool, refer following methods.

If you have installed the appication through PPA then uninstall it by following one of the below procedures.

So type the following command to install the ppa-purge package and uninstall the Peek package.

If you have installed Peek via Snap type the following command:

I hope that now you have a good understanding of How to install Peek on Ubuntu 20.04 LTS Focal Fossa.