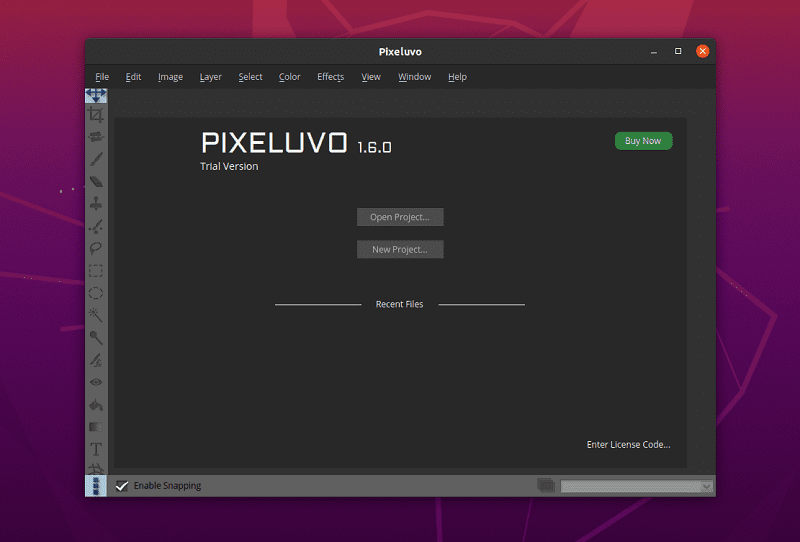 Pixeluvo is a beautifully designed image and photo editor.

It’s an cross-platform application available for Microsoft Windows and Linux. From simple photo resizing and cropping to complex image manipulation with multiple adjustment layers and masks, Pixeluvo can handle just about all your day-to-day image editing requirements.

With its high quality toolset and attention to detail, this is software that is simply a pleasure to use. Pixeluvo contains a wide range of advanced features including non-destructive editing via adjustment layers, powerful color correction tools, full support for raw image formats, realistic pressure-sensitive drawing tools and many image enhancement filters.

Pixeluvo contains a full range of color transform filters, allowing you to quickly transform the look of an image. This application contains a wide selection of powerful filters and effects, from all kinds of blurs and distortion filters, to advanced image enhancement and unique painterly effects.

Using masks and layers can be an incredibly powerful way to build up complex images non-destructively.

Installing Pixeluvo on Ubuntu is honestly straightforward. We’ll download and install the Pixeluvo .deb package from its official website.

The downloaded file name would be something like: pixeluvo_1.6.0-2_amd64.deb.

You can update the Pixeluvo package through your desktop standard Software Update tool or by running the following commands in your terminal.

That’s it, Pixeluvo has been installed on your Ubuntu System, and you can start using it.

Pixeluvo can be launched from the command line by typing pixeluvo or In the Activities search bar type “Pixeluvo” and click on the icon.

How to Uninstall Pixeluvo from Ubuntu 20.04

For some reason, If you want to uninstall Pixeluvo, type the following command.

I hope that now you have a good understanding of How to install Pixeluvo on Ubuntu 20.04 LTS Focal Fossa.