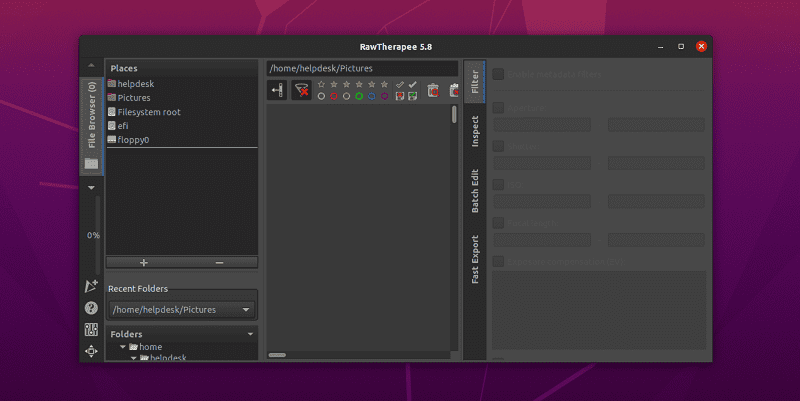 RawTherapee is a powerful free and open source, raw image processing program. Its an cross-platform application available for Microsoft Windows, macOS and Linux. This app provides powerful suite of tools for you to produce amazing photos and showcase your creativity.

It is designed for developing raw files from a broad range of digital cameras and targeted at users ranging from enthusiast newcomers who wish to broaden their understanding of how digital imaging works to professional photographers. RawTherapee involves the concept of non-destructive editing, similar to that of some other raw conversion software.

RawTherapee supports most raw formats, including Canon Dual-Pixel, Pentax Pixel Shift, and those from Foveon and X-Trans sensors. It also supports common non-raw image formats such as PNG, JPEG and TIFF.

The downloaded file name would be something like: RawTherapee_5.8.AppImage.

How to Uninstall RawTherapee from Ubuntu 20.04

Since the software is never installed, there is no need of uninstalling it. Just delete the associated RawTherapee file and your software is removed from the system.

I hope that now you have a good understanding of How to install RawTherapee on Ubuntu 20.04 LTS Focal Fossa.