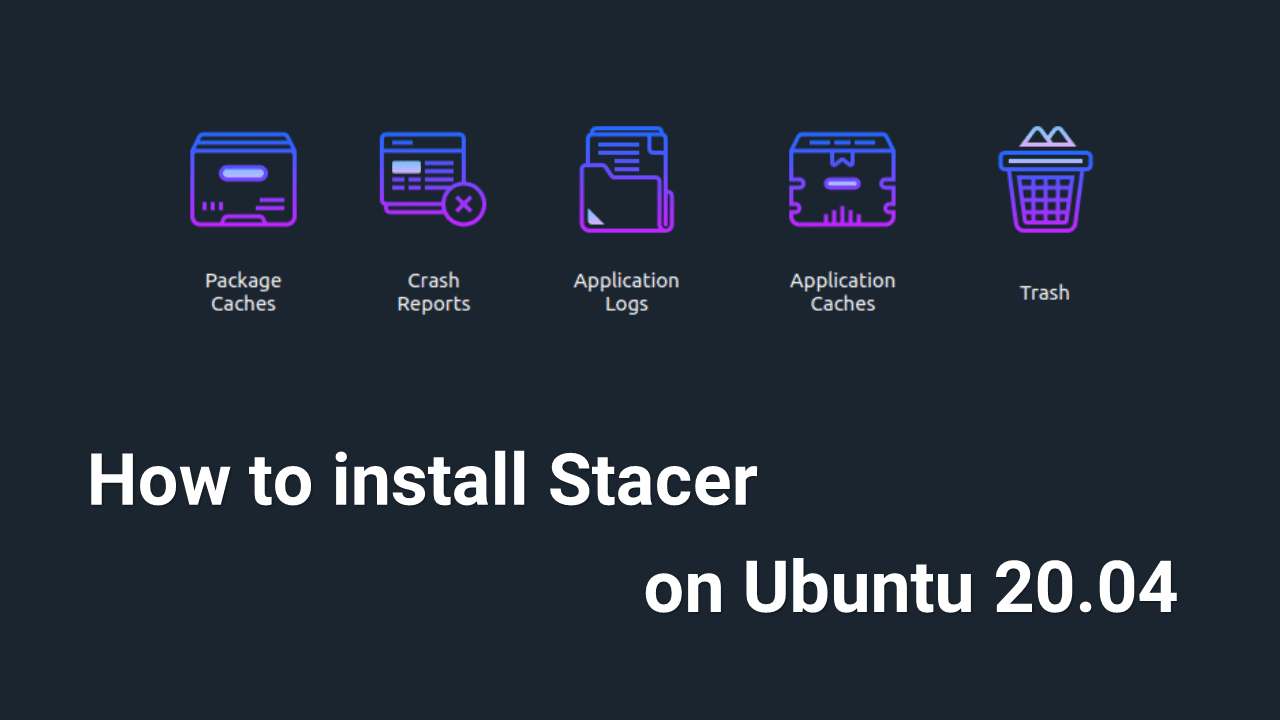 Stacer is an GUI based open source system optimizer and application monitor tool that helps users to manage entire system with different aspects, its an all in one system utility. Latest version of Stacer provides all in one stop for our common actions we perform using Terminal like process management, package management, Host details, CPU, Disk and System monitoring, startup applications, clear app caches, uninstall unwanted apps and a few more.

While most popular application like CCleaner solves these problems for Microsoft Windows machines, Linux has its own counterparts for such operations.Stacer is simple, quick, and totally open-source. Think of it as a Linux version of CCleaner. This utility is built on top of open web technologies and yes, that includes Electron.

So apparently, all the baggage that comes with Electron is also available. It might seem counter intuitive for a system optimizer application to be built with something so resource hungry like Electron.

Stacer comes with a modern and polished GUI to entertain the newbies and experienced Linux users alike. You can download and use Stacer utility for absolutely free of cost without needing to purchase any premium license.

It is available for all major Linux distributions including Ubuntu, Fedora, Debian, and Arch Linux. The installation process is quiet simple and straightforward. Once you’ve installed Stacer, you can open it up just like any other application.

This article explains three methods of installing Stacer on Ubuntu 20.04. Choose the installation method that is most appropriate for your environment.

If you want to install the most recent version of Stacer, you can use the PPA repository.

First of all open the terminal from system application launcher and type the following command to add the Stacer PPA to your system.

Then, execute the following commands to install Stacer package on your Ubuntu system.

At this step, you have successfully installed Stacer on Ubuntu 20.04 system. Now you can launch the application from your system application menu.

You can also use the apt command to install .deb files.

If you get a dependency error while installing the .deb packages, you can run the following command to fix it.

That’s it, Stacer has been installed on your Ubuntu System, and you can start using it.

The downloaded file name would be something like: Stacer-1.1.0-x64.AppImage

Stacer can be launched from the command line by typing stacer or In the Activities search bar type “Stacer” and click on the icon.

How to Uninstall Stacer from Ubuntu 20.04

For some reason, If you want to uninstall Stacer, refer following methods.

If you have installed Stacer via PPA then uninstall by running the below commands.

So type the following command to install the ppa-purge package and uninstall the Stacer package.

If you have installed the appication using .deb then uninstall by running the below command:

Since the software is never installed, there is no need of uninstalling it. Just delete the associated Stacer file and your software is removed from the system.

I hope that now you have a good understanding of How to install Stacer on Ubuntu 20.04 LTS Focal Fossa.