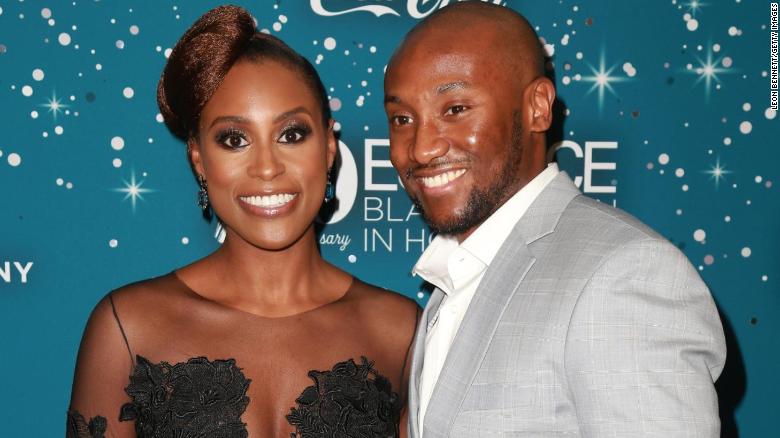 (CNN)We may still be waiting to see who (if anyone) her character on “Insecure” ends up with, but in real life, Issa Rae is now a married woman.

The star of the HBO show posted wedding pictures on her Instagram account from her intimate ceremony with longtime love Louis Diame, which was held in the South of France.

Rae has long been private about her relationship and in the caption to the photos, she joked about it all, writing: “A) Impromptu photo shoot in a custom @verawang dress. B) My girls came to help me, but they all coincidentally had on the same dress! They were sooooo embarrassed. C) Then I took a few flicks with Somebody’s Husband.”

The actress and the businessman stirred speculation that they were engaged in 2019 after she appeared to be wearing an engagement ring on the cover of “Essence” magazine.

Neither commented or confirmed the news at the time.