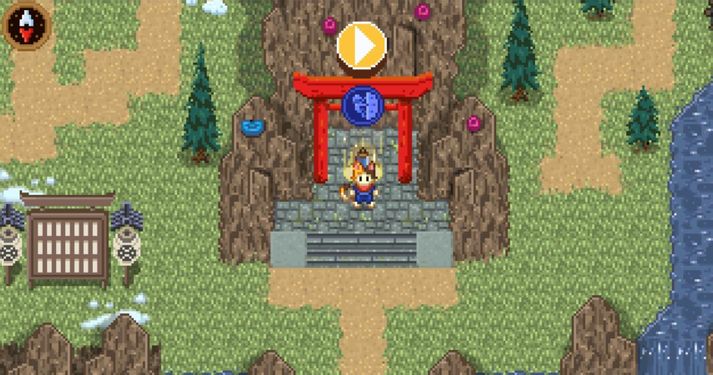 During the opening of the 2020 Tokyo Olympics games, Google unsurprisingly updated its logo to mark the occasion.

However, what many didn’t expect was just how much work went into this Google Doodle, as it wasn’t just the usual logo update – but a full-fledged RPG, alongside some anime-inspired cutscenes.

The game is still live on the Google homepage, and sees players take control of Lucky the Cat.

As Lucky, you talk to other characters and take on their minigames. But of course, as with any game’s launch, the speedrunning community isn’t far behind, and the race is on to get the fastest time in one of the RPG’s minigames – a time that’s already down to 11 seconds.

The 11-second record was achieved by three runners: ExaminationMassive95, stratpat1964, and dishadow99. The times were shared to r/speedrun, and cover the climbing minigame found in the RPG.

The race in this category is extremely close, with the previous record being 12 seconds.

The 2020 Olympics celebration isn’t the only Google Doodle that’s amassed a speedrunning community.

The 30th anniversary of Pac-Man saw an arcade game added to the Google home page, and some players are still racing to see who can score 10,000 points the fastest.

It’s clearly a very optimized run, as the difference between records on the leaderboards is in the milliseconds, with the world record being 46 seconds and 567 milliseconds.

Sadly, the Tokyo Olympics Google Doodle only just missed out on getting some representation at this year’s Summer Games Done Quick.

The event hosted over 100 speedruns of all sorts of games, and as usual, raised money for Doctors Without Borders.

Despite being moved to a virtual event, rather than the usual live show, the speedrunning community still pulled in $2,897,000 for the charity – the third biggest pool in the event’s history.