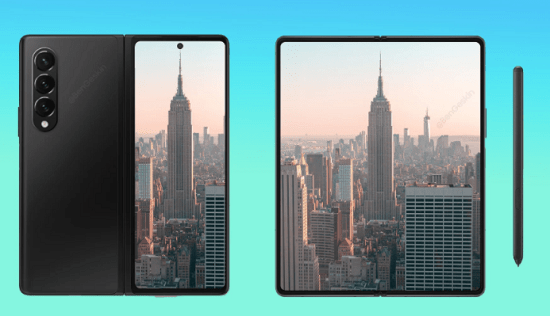 Two weeks prior to the next Galaxy Unpacked 2021 event, Samsung has published an editorial on its official newsroom, confirming its upcoming products.

The editorial is written by Dr. TM Roh, President & Head of Mobile Communications Business, Samsung Electronics, and it confirms that the company won’t launch a new Galaxy Note device this year and that the next Galaxy foldable device will feature S Pen support.

TM Roh has confirmed that instead of launching a new Galaxy Note device, the company will further expand beloved Note features to more devices, including the Galaxy Z Fold 3.

The South Korean firm has mentioned that it has created the first S Pen made specifically for foldable devices, but it did not reveal how it is different from the regular S Pen and how it will work on the Galaxy Z Fold 3’s relatively smoother screen.

The company didn’t reveal if the special S Pen will feature Bluetooth for gestures. We should know more about it during the event on August 11.

It was also confirmed that the Galaxy Z Flip 3 features a more “refined style, armed with more durable, stronger materials.”

The editorial confirms that Samsung’s upcoming smartwatches will run One UI Watch, the company’s skin that runs on top of Wear OS 3. It also confirmed that the South Korean firm will bring Samsung Health and SmartThings app to Wear OS 3.

Samsung is also working with Google and a number of popular app developers to bring more apps to its next wearable devices.

Coming back to the Galaxy Z series, Samsung has confirmed that it is working with more app developers to bring apps that can take advantage of the Galaxy Z Fold 3’s bigger and foldable display.

We will likely see a more feature-rich Flex Mode on the Galaxy Z Flip 3 and the Galaxy Z Fold 3. The editorial also mentioned that Samsung always allows users more control over apps, data, and privacy.

In the editorial, TM Roh stressed the importance of mobile ecosystems to drive forward innovation.

Apart from announcing new collaborations with Google and Microsoft, Samsung may also reveal the names of popular apps that will bring new experiences that are specifically made for foldable smartphones such as the Galaxy Z Flip 3 and the Galaxy Z Fold 3.