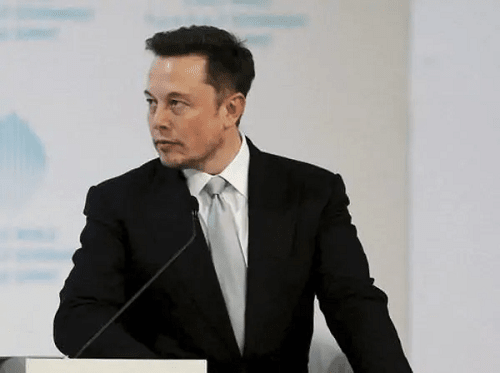 Here were the main results from Tesla’s report, compared to consensus estimates compiled by Bloomberg:

Tesla, like other automakers and technology companies, has been contending with a global chip shortage and supply chain disruptions, as elevated demand during the economic recovery outstripped supply.

“Supply chain challenges, in particular global semiconductor shortages and port congestion, continued to be present in Q2,” according to Tesla’s shareholder update on Monday. “The Tesla team, including supply chain, software development and our factories, worked extremely hard to keep production running as close to full capacity as possible. With global vehicle demand at record levels, component supply will have a strong influence on the rate of our delivery growth for the rest of this year.”

Despite these issues, however, Tesla pulled off record second-quarter deliveries, handing over 201,250 vehicles and producing 206,421. Both metrics more than doubled over the same period in 2020. Tesla also stuck to its previous guidance around its delivery forecast, saying it expected to achieve 50% average annual growth in deliveries over a multi-year period.

“In some years we may grow faster, which we expect to be the case in 2021,” Tesla said, echoing language from its first-quarter update.

However, citing limited battery cell availability and ongoing supply chain challenges, Tesla said Monday it has shifted its Semi truck launch to 2022. Previously, the company targeted a 2021 launch date, though this timeline was also called into question following the recent departure of Jerome Guillen, the executive leading the development of the battery-electric semi-truck.

Tesla’s second-quarter results also came as the company grappled with other issues in recent months, including increased scrutiny in its key market of China. In late June, China issued a voluntary recall of more than 285,000 Tesla cars in the country, citing alleged safety concerns over driver-assistance systems in the Model 3 and Model Y vehicles manufactured out of the company’s Shanghai Gigafactory.

Tesla vehicles were also banned at some Chinese government compounds on allegations that the cars could send data to the U.S.

“After a Cinderella story ride last year for Tesla (and the bulls), this year shares have underperformed as the trifecta of: 1) increasing EV competition, 2) China PR/safety issues negatively impacting demand, and 3) the chip shortage overhang,” Wedbush analyst Dan Ives wrote in a note.

“With all of these headwinds, Tesla still impressively hit 200k+ deliveries in the June quarter and appear to be on a trajectory to possibly hit 900k for the year with a stronger 2H on the horizon.”

Ives added that he still believes China will comprise about 40% of Tesla’s global deliveries next year and remains a “linchpin” to the firm’s bullishness on the company.

Tesla’s earnings release also came with updates around the company’s forthcoming factories in Berlin and Austin, Texas. Last quarter, the company said it remained “on track to begin production and deliveries from each location in 2021.” On Monday, Tesla said buildout of the Texas Gigafactory “continued to progress in Q2 with commissioning having begun in some areas of the factory.

” And in Berlin, the company has “begun testing tools” and is “working as quickly as possible toward starting production” out of the factory, and has increased import volumes into Europe in the meantime to meet demand, Tesla said.

Another focal point for investors was on the quality of Tesla’s earnings for the second quarter. During the first three months of the year, Tesla’s profits got a major boost from factors outside of core vehicle sales, with proceeds from sales of environmental credits and bitcoin holdings totaling in the hundreds of millions.

However, both of these contributions diminished in the second quarter, with the company booking a bitcoin-related impairment of $23 million amid the recent drop in the cryptocurrency prices. And revenue from high-margin regulatory credits, while still notable, fell by 17% over last year to $354 million.